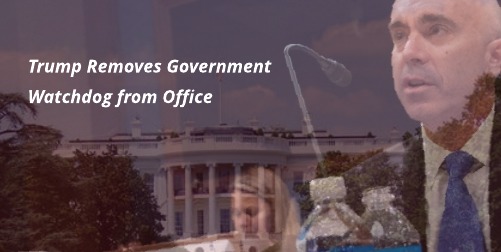 Republican Senators Chuck Grassley (Iowa) and Susan Collins (Maine) were among those in Congress making their concerns public in regards to the recent firing of a State Department Inspector General, Steve Linick. Those not criticizing the move, like Wisconsin’s Republican Congressman, Ron Johnson, say it is not something out of the ordinary. Although it is true Bush terminated two such government watchdogs, including one at NASA, and Obama removed one in 2009, the current President has ousted four since the beginning of this year. What has sparked controversy about Linick’s removal is Trump’s explanation not containing “sufficient detail to satisfy Congress,” to use Senator Grassley’s words. The law stipulating that the President provide explanations to the US Congress for removing an Inspector General, which is from 2008, doesn’t provide guidelines as to what would constitute a sufficient explanation. The law also lacks any clear retribution available to Congress to impose on the executive branch if such an explanation doesn’t “satisfy” them. Steve Linick is thought to have been asked to leave at the request of Mike Pompeo, Trump’s Secretary of State, who reportedly was being investigated by Linick over alleged misuse of a political appointee for personal tasks. Critics of the move have noted that Steve Linick also helped provide evidence against Trump during the Ukraine investigation that brought forth an impeachment trial months prior. Linick has been asked to vacate his office in thirty days.