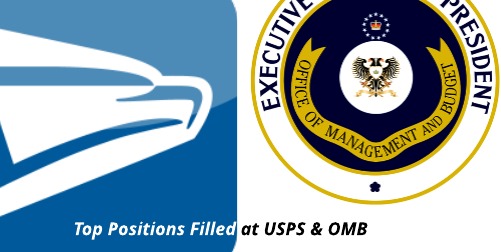 Selected by Trump, and approved for unanimously by the USPS Board of Governors, Louis DeJoy will begin duties as the country’s 75th Postmaster General, an office first occupied by Benjamin Franklin, on June 15th. Megan Brennan, who was the first woman Postmaster General, retired after her five-year term ended in 2019. A retired CEO actively involved in fundraising for the Republican National Convention in Charlotte, North Carolina, DeJoy was selected from a field of 200 candidates. “Having worked closely with the Postal Service for many years, I have a great appreciation for this institution and the dedicated workers,” DeJoy said. His wife, Aldona Wos, was nominated by the President for a different position- Canadian Ambassador. She was ambassador to Estonia from 2004 to 2006.

The Office of Management and Budget (OMB) will gain a new deputy federal CIO at the end of the month. Maria Roat will vacate her position as CIO at the Small Business Administration (SBA) to join the Federal Chief Information Officer at OMB, Suzette Kent. Roat has an impressive resumé in the space of Federal information technology systems- starting in 2004 with Homeland Security, she also worked as deputy CIO at FEMA, and was head director of a program that authorized cloud technology for use in Federal agencies. At the SBA, she modernized the agency’s systems and processes which, when she inherited them in 2016, had been in “delinquent” status for 10 years.