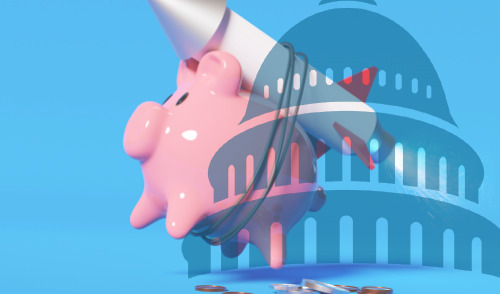 White House’s recommendation of 4.6% federal pay raise for 2023 gets past House committee.

The government spending bill for fiscal year 2023 made it through the House Appropriation Committee on June 24th. By not adjusting next year’s salary increase for federal employees, the recommendation of 4.6%, put in place by Biden’s suggested budget, was effectively endorsed. While there still remains some uncertainty around the figure, and there is also a slight chance it will be slightly lower or higher, it looks like 4.6% is likely.

Path Ahead for Annual Pay Raise

There are still some in Congress who want to see a slightly higher percentage. 62 Democrat Representatives wrote a letter earlier in the year to the White House, in an attempt to persuade the Biden Administration to change its recommendation to 5.1%. While this effort seems to have been unsuccessful, should the House of Representatives and at least 60 Senators pass legislation to make next year’s raise for federal employees higher than the current 4.6%, it is assumed that the President would sign such a bill into law. Getting that bill to the President’s desk doesn’t seem probable, though. The FAIR Act was introduced into the House in February (as it has been every year since 2016) and like previous iterations of this act, never came close to reaching a congressional vote. The bill introduced this past February called for a 5.1% increase as well.

If the annual pay raise is not enacted by the legislative branch, then it still requires an executive order to take effect. This has been the common route by which federal pay raises have been approved in recent history. If no by executive order, however, Biden could issue an alternative recommendation in August. Should the suggested 2023 pay raise be changed to 5.1% in this manner, then perhaps the aforementioned letter was more persuasive than initially presumed.

One last item that has not been defined involves locality pay. The 2022 pay raise for federal employees, for instance, was 2.2% “across-the-board.” So, those with locality pay received a higher salary increase than just 2.2% of their salary. This made the average federal raise 2.7% for 2022. Regarding the 4.6% figure recently endorsed by the House committee, it is unclear whether this represents the “across-the-board” amount or the average percentage increase. The common supposition is that the 4.6% recommendation is indicating an average pay raise, but this has not been officially confirmed.