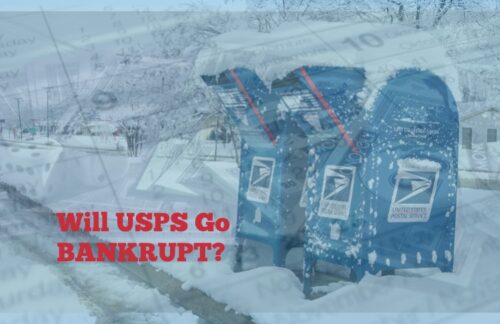 The roots of the United States Postal Service (USPS) start in 1970 after a March 8th strike by Postal workers. By July 1971, the ‘Postal Reorganization Act’ took effect. Dissolving the cabinet-level Post Office Department that had been around since 1872, the enacted legislation created the Federal agency known as the USPS. (And it is a full, independent agency like the CIA or NASA. USPS is neither a ‘government-owned’ corporation like Amtrak nor a “quasi-governmental entity that’s been privatized” even though it is USPS.com and not .gov) The Act created another agency, too: the Postal Regulatory Commission (PRC) to take over regulatory duties. The U.S. Postal Inspection Service was kept intact, however, and thus can still be referred to as one of the ‘oldest Federal agencies.’ Although it lists August 7, 1775, as its origin, the office more than likely predates that to when Ben Franklin was ‘surveyor’ of mail audits. When he became the nation’s first Postmaster General, Franklin transferred the inspection responsibilities to William Goddard on the day mentioned above.

In 1982, the USPS stopped accepting a public service subsidy, so in the past, it has been touted as one of the only agencies that are “fully self-supporting.” The ability to support itself, and thus boast about it, has been stunted by a 13-year streak of financial losses. From as much as $15.9 billion in 2012, which was the biggest annual loss for USPS, the deficits represent a huge chunk of money. $8.8 billion was the loss amount for the fiscal year 2019, up from $3.9 billion in 2018. $2.7 and $5.6 billion were the figures for 2017 and 2016, respectively.

The 2008 financial crisis and a piece of 2006 legislation are usually identified as the main causes for the Postal Service’s monetary woes. The economic downturn hurt the USPS similarly to how it inflicted other American businesses and households. Those decreases then intensified the other factor to drain funds from the agency: the Postal Accountability and Enhancement Act. In addition to CSRS or FERS benefits, USPS workers also have their own retirement health plan. The 2006 legislation mandated that the USPS pre-fund this plan by 75 years. (The law doesn’t actually say 75 years, but based on a formula stipulated by OPM guidelines, the future liability of the current and former workforce somehow equates to 75 years.) When this pre-payment requirement hit, the first year in the current string of losses began. With large-scale liabilities like this, the Postal Service can make a revenue of $71.3 billion like it did last year but still post a loss of $8.8 billion. To stave off bankruptcy, the USPS has defaulted on those health plan pre-payments since 2012.

The USPS is a legal monopoly. While not directly subsidized by the public, the agency makes an estimated $5 to $14 billion per year because of this advantage, which is granted by the constitution. Along with $2.18 billion in annual tax exemptions and the ability to borrow from the US treasury at low rates, the agency is also turning a profit from its relationship with Amazon by delivering exclusively for that company on Sundays. The problems seem to sprout from the fact that in exchange for this monopoly, the service is required by law to deliver to every zip code in the country- even and especially the more remote and unprofitable locations. Megan Brennan, the Postmaster General who recently announced her retirement, warned that with the public’s use of mail declining, no amount of additional cost-cutting or revenue growth could reverse the agency’s current trajectory- and that leads to bankruptcy in 2024.

A new Postmaster General will assume the post next year, but it seems the only viable solutions are accessible through legislative reform from Congress.