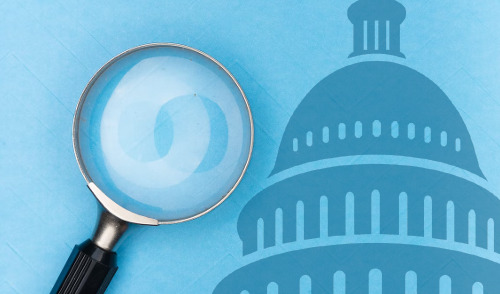 More headaches for the FRTIB (Federal Retirement Thrift Investment Board)? TSP’s governing body has received a bunch of scrutiny this year.

The FRTIB has had a rough year to say the least. Earlier this spring, it faced criticism from both the Department of Labor (DOL) and members of Congress. DOL’s complaints focused on fossil fuel investments in the TSP’s core funds and recommended creating a “green” fund. The TSP’s governing body responded by noting ESG (environmental social governance) funds would be available to TSP investors through the new mutual fund window that opened in June. However, the window also allowed TSP participants to invest in Chinese companies. Some members of Congress disagree with the move to allow federal employee retirement funds to be invested in securities from Chinese companies, and in June, Senator Rubio asked the FRTIB to close the window for a month to get rid of these options. The FRTIB declined – they were a little busy at the time.

Not only did the TSP mutual fund window open that month, but the TSP also switched recordkeepers, changed to a new website, and launched a new mobile app. This transition, well, could have gone better. The new recordkeeping company, Accenture, formally apologized last month for the rough changeover.  The new website required users to set-up new log-in information and this subsequently locked a lot of people out of their account. Those who called in for help were met with wait times around 2 hours, on average. As of September 17th, one of the major app stores currently shows the new TSP app with a 1.5/5 rating from 754 reviews. On top of that, TSP participants found the new mutual fund window to be restrictive and expensive, with only 2-3% saying that they plan on accessing the TSP’s new investment choices. Somehow slipping under the radar is that to cover some cost for these recent modernizations, the TSP core fund’s expense ratios were increased 30% since 2020.

Accountability at the TSP

The Congressional Representative for DC, Eleanor Holmes Norton, has called for both a GAO investigation into the messy transition that transpired earlier in the summer. She also introduced a bill, the FRTIB IG Act of 2022 on earlier this month (HR 8763). This would amend 1978 legislation by adding an Inspector General to oversee the FRTIB specifically. The GAO investigation is presumed to kick-off after the mid-term elections, but the bill’s fate is uncertain. GovTrack.com gives it a 1% chance of passing at the moment, but it brings up a valid point: some more accountability of the TSP’s board might not be the worst idea.

The Thrift Savings Plan (TSP) is the largest such retirement plan in the world – both in terms of money invested and participants. Despite this, it falls out of the realm of the law (ERISA) that regulates most private sector plans like 401(k)s. Instead, it is run by the FRTIB, which is a federal agency comprised of less than 300 employees. There are five part-time board members who are nominated by the President and approved by the Senate, and those five select an executive director, who works full-time. There is also an advisory council with 15 seats, all representing different interests in TSP investments. For example, one seat is occupied by a representative for women and another represents the interests of military personnel. While the DOL’s Inspector General (IG) performs periodic audits of the investment board, there is no law binding the FRTIB to adhere to the recommendations made in the IG’s report. The foundation that supports governance of the TSP is, surprisingly, somewhat shaky.