What USPS Board Nominees’ Pending Confirmation Means for Postmaster General 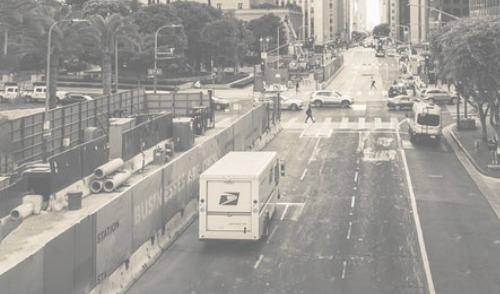 The Postmaster General, Louis DeJoy, has laid out a bold strategy for the US Postal Service’s next 10 years. Do Biden’s board nominees pose a threat?

On Thursday, April 22nd, there was a confirmation hearing in the Senate for the president’s nominees to fill three spots on the USPS Board of Governors. The nominees are Ron Stroman, Amber Reynolds, and Anton Hajjar. It is expected that they will get Senate approval, but not that they will fire the Postmaster-General, Louis DeJoy, who assumed the Postal Service’s helm in June 2020.

Since taking over in the throes of a pandemic and a contentious US election, Louis DeJoy’s months as Postmaster General have been far from devoid of controversy. Many Democrats on Capitol Hill have called for his resignation, mostly revolving around possible ethical issues regarding his previous donations to the GOP and his subsequent nomination by Trump. He also inherited a mess. Even before COVID-19 hit, the USPS was facing possible bankruptcy in 2024. By May 2020, just about two months into the added stress placed on the mail system by quarantines and lockdowns, they were staring at bankruptcy by May 2021. The agency did receive a lifeline from Congress, but due to 2006 legislation that requires retiree medical benefits are prepaid (and the fact that Americans are generally sending less mail), financial uncertainty persists at the USPS.

Last month, DeJoy release his “strategic vision” for the Postal Service, which breaks down into three parts:

The Future of the USPS

If Biden’s three picks for the USPS Board of Governors are confirmed, which would give the board a 5-4 democrat majority, the likelihood of DeJoy getting removed from his position is still thought to be low by political experts. The reason for this consensus derives from the fact that current board member Ron Bloom has expressed his support for the current Postmaster General. Bloom is a Democrat but was appointed to the board by Trump. So even if the three new members all vote to oust DeJoy (and not one of them explicitly expressed they would during their Senate hearings), it is believed that without Bloom’s vote, the attempt would be unsuccessful.