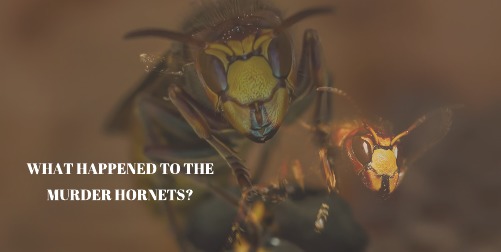 The Asian Giant Hornet, known as “murder hornets,” are not likely to cause the damage that sensational preliminary reports suggested.

There are two things that are scary to read when learning about the Asian Giant Hornet. The first is that they have the potential to invade and murder the hives of the American honeybee, which if occurred on a large enough scale, could devastate the honey industry. The second less-than-pleasant fact about the large insect is that their stingers are pretty painful. When attacking a human, the feeling of the stinger has been likened to that of a hot nail driving into the flesh. Despite these facts, an entomologist working for the Smithsonian Institute says there is no need to panic and here’s why:

They’ve Only Been Spotted in One US State

While the public, especially those involved in making and trading memes, snagged the story as another indicator of a tumultuous year, the bug was only spotted in one state- Washington. After COVID-19 disrupted so much of early 2020, and with racial tension in America simmering, the idea of giant killer wasps seemed like a plausible third act. However, the bee’s arrival to the country has been inconspicuous. The New York Times article that has been credited for the ‘murder hornet’ hype was mostly reporting on Washington State’s efforts to find and trap the bug based off of verified sighting of individual specimens. No nest has yet been found, only isolated findings of solitary bees. To the north of the northwestern state, in Canada’s province of British Columbia, a nest was found and destroyed in September 2019.

Unlike Cicada Killers, Paper Wasps, and Yellowjackets, the Asian Giant Hornet has not been observed to become seriously aggressive towards humans unless strongly provoked. Reports about the bee sensationalize the average amount of deaths attributed to the insect in Japan on a yearly basis- which is around 40. This can sound alarming, but your typical honeybee is responsible for 60 deaths on average, annually. The resulting deaths stem from allergic reactions of the impacted person- not from the stinger’s damage itself. Other than once in 2013, in China, a swarm was documented to sting 1,600 people, killing 42, across one summer in rural parts of the Asian country… the hornet mostly stays in its underground habitat, near its queen and nest.

The Murder in ‘Murder Hornet’

The reason they’ve garnered recent attention, and intimidating nickname “murder hornets,” probably has to do with their appearance and size. The bug is significantly larger than the other wasps and hornets Americans are familiar with. The western honeybee, for instance, has an average body length of 1.27 cm. The murder hornets are more than three times as large at 4 cm. In addition to their largeness, the insect’s natural look- with large eyes and slanted antennae that seem like scowling eyebrows- creates a menacing grimace.

The European honeybee is the species at the most risk of destruction by the Asian Giant Hornet, because it has zero defense when the murder hornets invade one of their hives. This is where their nick-name is not misleading, but the entomologist at the Smithsonian National Museum of Natural History, Floyd Shockley, assures, “The facts don’t support that this is an established invasive that’s going to destroy the North American honeybee industry.” Japanese honeybees, on the other hand, do have a natural defense when an Asian Giant Hornet enters the nest. The occupants of the hive act like they don’t even notice the attacker until it is in an optimal position for the honeybees’ counterattack. They rapidly flap their wings until enough carbon dioxide builds up- this actually cooks the invading hornet while it is simultaneously suffocated to death.

What Happened to the Murder Hornets