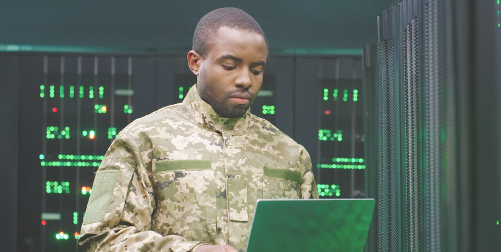 Cybersecurity in the Federal Government: Offensive missions will be conducted via unified platform across the US Cyber Command by 2024.

The US Cyber Command is a component of the Department of Defense. It includes three teams each from several military branches: the Air-Force, Coast Guard, Army, Navy, and Marines. (The Space Force is not a part of the Cyber Command, but did recently acquire its own “cyber warriors” from the Air-Force.) Each participating branch is led by Cyber Commanders who oversee the three fleets from the organization they’re serving. There is an offensive team, along with a defensive team and a support team. Currently, on the offensive units, each Cyber Commander uses their own digital tools to initiate attacks, also known as ‘virtual fires,’  during offensive cyber missions.

One Pillar of a Larger Design

These types of tools, which are referred to by cyber professionals as ‘quick reaction capability components,’ are going to be phased out over the next few years as Cyber Commanders from the Air-Force, Marines, Army, Coast Guard, and Navy’s offensive units move to a unified software platform, called JCAP (Joint Common Access Program). However, it should be noted JCAP  is just a piece of the “Cyber Command Joint Cyber Warfighting Architecture” that is currently being constructed at the DoD. The transition to JCAP is set to be completed by Fiscal Year 2024, and will give US Cyber Commanders across military branches the ability to effectively deliver these ‘virtual fires’ across electronic networks when conducting offensive missions.

The Federal Contractor “ManTech” was awarded a 3½ year contract worth $265 million in order to assist with the JCAP’s integration into the larger architecture. The company will also support the implementation and use of JCAP by US Cyber Commanders.