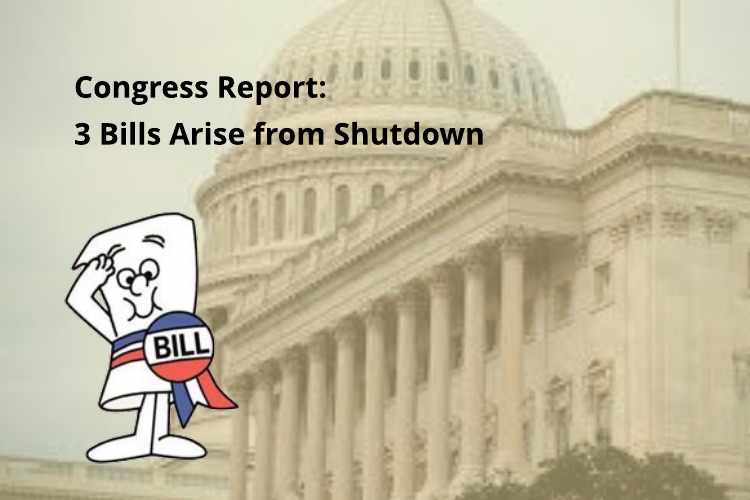 There are three significant bills, all in different stages of the lawmaking process, that either emerged directly from the recent Government shutdown or have close ties to it. The first item quickly passed into law, receiving the President’s signature during the shutdown itself- ‘The Government Employee Fair Treatment Act of 2019.’ The law mandates that the wages not paid due to the stoppage will be disbursed to impacted employees. In direct relation to the backpay, Democratic Senator Doug Jones of Alabama introduced ‘The Back-Pay Fairness Act.’ Sitting in the preliminary stages of Congress since January 24th, the proposal would amend the bill above to include interest, specifically at the Treasury’s ‘prompt payment’ rate. Currently, at 3.625%, it is the same rate applied to citizens who owe late tax payments. The third piece of pending legislation is the ‘Federal Civilian Workforce Pay Raise Fairness Act of 2019’ and although it is not as closely related to the shutdown as the other two bills, it does carry significant weight for Federal Employees. Having already passed the House, the act would give civilian employees of the Federal Government a 2.6% raise for 2019, which matches the salary increase experienced by military personnel. A pay freeze initiated by the White House went into effect during the shutdown and had a budgetary measure been passed, it could’ve included a 1.9% pay raise for Feds. The purposed law, H.R. 790, has not left the Senate since getting approval from the House of Representatives.