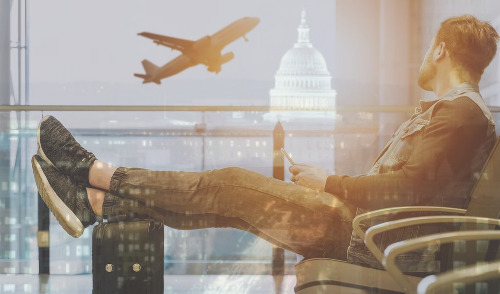 The House passed a bill that would move TSA employees to ‘Title 5’ – giving most a significant raise.

A piece of proposed legislation, HR 903: The Right of TSA Workforce Act, has made it through the House of Representatives by a vote of 220 – 201 and now is on its way to the Senate for approval. The bill was introduced by Mississippi Democrat Bennie Thompson and passed on May 12th. The Senate counterpart, S. 1856, was introduced in the other chamber of Congress on May 26th by Senator Brian Schatz (D- Hawaii).

According to the most recent FEVS, which gauges federal employee satisfaction, the TSA has some of the lowest satisfaction and morale rates across the government. They likewise have one of the lowest retention rates. The reason for this revolves around their exclusion from ‘Title 5.’ The lowest starting salary at the agency is $29,000 per year with the average starting salary being $35,000 annually – much less than comparable positions in other federal agencies. Because workers for the Transportation Security Agency (TSA) are not currently under ‘Title 5,’ they are not a part of the General Schedule (GS) and therefore don’t receive annual federal pay raises. In addition, TSA employees have limited collective bargaining rights.

If the act makes it through the Senate, and receives the President’s signature, then the TSA workforce would be considered ‘title 5’ and would join the GS pay system, giving employees an immediate average pay increase of 30%. Federal air marshals would get a 21% pay raise. Their collective bargaining rights would also be expanded. Although it is very early on in the approval process for S. 1856, it currently has just a 3% chance of passing according to govtrack.us.