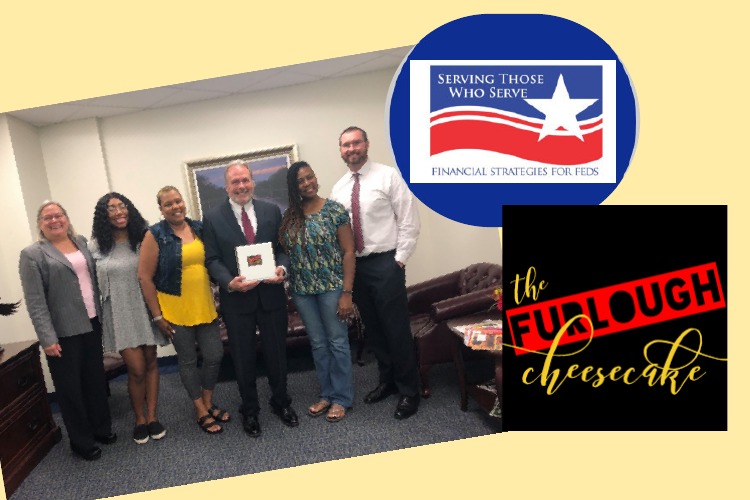 The Other FCC is Furlough Cheesecake, Maryland’s own business arising from the shutdown

On Friday, December 21st of last year, as a long holiday weekend and new year approached, the President, after publicly stating that he would sign a stop-gap measure to fund the Government for another two months, abruptly changed his mind. What ensued thereafter was the lengthiest stoppage of the US Federal Government. Not until 35 days later, on January 25th, was an agreement reached to send 800,000 federal employees back to work.

Two of those affected government workers were sisters, Nikki Howard and Jaqi Wright. While they were enjoying the New Years’ holiday and trying not to let stress interfere, Nikki made a cheesecake. When her sibling took a bite- the troubles from the furlough momentarily vanished with deliciousness. Their mother jokingly suggested they sell cheesecakes. Well, with available time and monetary needs to fulfill, Nikki and Jaqi had a business up and running by January 8th. With the assistance of friends and family (and social media)- they sold hundreds of cheesecakes that first week.

The feel-good story about the shutdown quickly gained traction. Articles about the sisters, who worked for the FDA and DOJ respectively, were featured in O: the Oprah Magazine, Money, Forbes, Huffington Post, Black Enterprise, & Essence publications. Also, in addition to local coverage on the Fox 5 and NBC 4 broadcasts, “The Furlough Cheesecake” founders were invited to CNN and Ellen, which is when Ms. Degeneres interviewed them and proceeded to purchase a single cheesecake (currently priced at $34.95) for $20,000.00.

Recently, Serving Those Who Serve’s staff was treated not just to cheesecake, but also to a visit from Howard and Wright themselves, who are here to add some sweetness to the STWS mission to Reach, Teach, & Serve Federal Employees. Check out their website here: