The Federal Fundraiser, CFC, to Begin in Mid-September 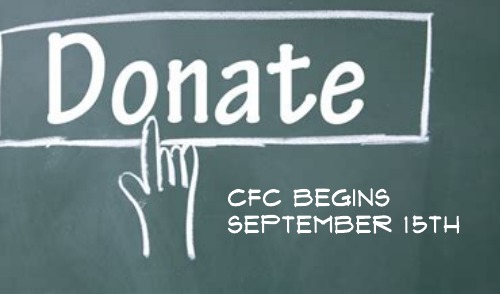 The combined federal campaign (CFC) is a fundraising effort fueled by donations from Federal Employees. The program has roots in the Kennedy Administration, but was officially started by President Reagan in 1982. In 1964, on-site donations from federal workers almost reached $13 million. By 1979, the dollar amount had gradually grown to just under $83 million per year. The highest annual amount the CFC raked in for charitable organizations was $282.6 million in 2009, but since then, every year’s total has been lower than the last. A 2012 restructuring of the CFC’s governing board led to new rules kicking in for the 2017 campaign. While the reformations imposed on the CFC were designed to encourage more donations from feds, and also be more cost-effective, there was a sizeable decrease in funds raised from 2016 to 2017. Going from $167 million to $101 million, the 39% drop reflected that the changes made had accelerated the year-to-year decline of dollars donated to the CFC.

And the declination has only endured. The 2017 total was the last such figure to exceed $100 million. $93 million was collected the following year, and Feds gave $86.4 million in 2019. Along with the decreasing annual dollar amounts, the number of charities participating in the program has also started to nosedive. What happened in 2017 was the CFC started charging the recipients of the funds, non-profit organizations, to take part. Upfront application and listing fees were required in 2017, and the next year, a $16.5% distribution fee was tacked on when the final donations were disbursed. 8,573 charities decided to pay the first year, and in 2018, 9% less chose to.

The trends seem unlikely to reverse their downward courses for 2020. Despite a supposedly nifty new mobile app for credit card payments, donations cannot be made with cash this year due to the pandemic. As a lot of the campaign’s fundraising derives from pocket change, this move could further hurt the amount collected. As well, OPM just solicited federal employees for donations, specifically for those impacted by the Coronavirus crisis, and garnered $2.6 million. Another reason donations might drop overall for the 11th consecutive year also relates to the COVID-19 outbreak- federal employees’ finances may have been negatively hit for a variety of reasons, from a spouse losing income to possible virus-related hospital bills. Evidence of these hardships can be seen in recent TSP withdrawals by feds. Despite the volume of hardship withdrawal requests softening by 26% to normal levels more recently, 33,000 TSP participants took out around $800 million from the plan from June 22nd, when the emergency TSP withdrawals were first allowed thanks to the CARES Act, to August 12th. Of the 33,000, 1,600 took more than $50,000, which is the usual limit for hardship withdraws from a TSP account, but the cap was temporarily doubled, also because of the aforementioned legislation.