The F Fund in the TSP: Investing in Bonds 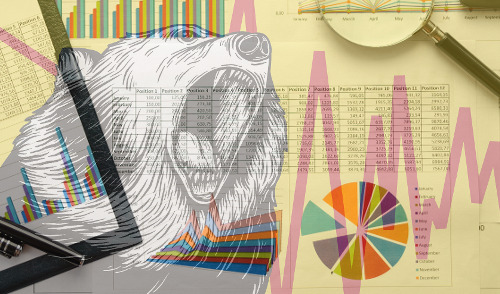 The F-fund is the only bond fund in the Thrift Savings Plan (TSP), although the G-fund’s performance is tied to US treasury bonds. Learn how the F-fund works to protect your retirement savings.

The F-fund was one of the original 3 TSP funds that began in the late 1980s. Officially, its inception date was January 29, 1988, along with the G-fund and the C-fund. The F-fund is the only option in the retirement plan that invests directly in bonds. The “F” stands for “Fixed Income,” and the fund’s portfolio is comprised of domestic investment-grade bonds, roughly 30% from corporate issuers and 70% issued by the US Treasury. There are no international bonds in the F-fund, meaning TSP participants can’t invest in foreign bonds via their TSP account (although this could change with the upcoming mutual fund window.) The TSP’s F-fund is passively managed and tracks the Barclays US Aggregate Bond Market Index, which is made up of a broad range of fixed-income investments from the total US bond market. The index contains roughly 7000 individual bonds with an average duration of 5.1 years and an average yield of around 4.1%.

Bonds, also referred to as fixed-income securities, are considered less volatile than equity securities, such as stocks. Generally, when the stock market is experiencing growth, bonds don’t perform as well, but the same goes for the opposite. When the stock market is trending downward, bonds tend to hold their own. With less volatility, there is generally less risk and that means when bonds lose value, they typically don’t have the potential to drop dramatically, which can be the case with equity investments. However, the potential for large spurts of growth is also missing. Considered a safer investment, it is typical to see TSP participants allocate more of their retirement savings into the F-fund the closer they get to retirement.

When it comes to the bond market, it is important to remember that when interest rates drop, prices go up, and vice versa. So as interest rates fall, the value of bonds goes up. In the 1980s, interest rates were as high as 17% and started to fall through the next two decades, meaning fixed-income investments performed very well. For example, from the start of 1995 to the beginning of 1996, the F-fund grew 18.31%. Compare that to the last 12 months (as of 11/30/21), where the F-fund has lost -1.01% in value. The 10-year Treasury yield has hovered around 1.5% in 2021, whereas the average 10-year yield in 1995 was 6.57%. Basically, interest rates are going to fall to the point where seemingly, there will be nowhere else to go but up, and therefore the value of bonds could take a hit overall.

Another important aspect to remember is that the longer an individual bond’s duration, the more potential volatility it has, and is therefore riskier. As aforementioned, the TSP’s F-fund tracks a broad index of the US bond market, and this includes durations. Some of the bonds in the fund mature in 30 or 10 years, with others having much shorter durations, such as 6 months or 1 year. The average duration tends to be around 5 years, which provides a good balance of short and long-term bonds.

Other risks involve interest rate risk (when the rates go up overall, prices fall), credit risk, and inflation risk. The credit risk mostly pertains to the roughly 30% of bonds from corporate issuers, because they may not meet their debt obligations. While the US Government could default, this hasn’t happened yet, so the US treasuries contained in the F fund have virtually no credit risk.

Inflation risk is very real, though, especially this year with inflation increasing more than it has in over a decade. If the growth of money invested in the F-fund is lower than inflation, then what is known as “purchasing power” is lost. This has been a serious concern with the other non-equity fund in the TSP: the G-fund.

When it comes to investments, there is a consensus that diversification can limit potential risk. Essentially – ‘don’t put all your eggs in one basket.’ While the F-fund and G-fund can seem like unappealing places to put your savings when the C and S-funds are each currently showing growth over 19% in the past year (as of 11/30/21.) Having at least some money allocated to the less volatile funds limits risk, especially as investors get closer to needing the funds for retirement income. When the stock market experiences sudden drops like during the tech crash of 1999-2000 and the crash caused by the housing bubble in 2008, savings invested in fixed-income securities can limit the losses of one’s whole portfolio.

For help with your own TSP investments, meet with a Chartered Federal Employee Benefits Consultant (ChFEBC℠) to review your Federal Benefits.

The S-Fund in the TSP: How Small Is It?

Why You Shouldn’t Overlook Umbrella Insurance