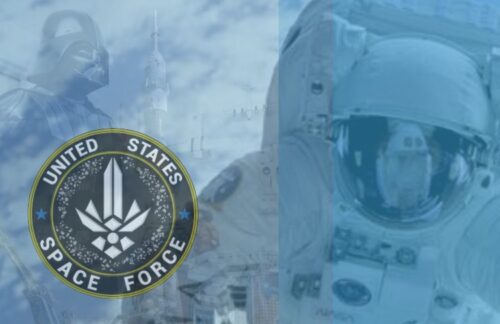 Episode IX of the Star Wars film series will hit the nation’s theatre’s on December 20th after premiering in Hollywood four days earlier. If the Government hasn’t entered another shutdown by that same Friday, it will be because the President has signed the recently passed NDAA, the defense spending bill. This piece of legislation coincidentally approved funding to establish the sixth military branch, the US Space Force– which will begin operating under the Air Force and then potentially branch out on its own.

Intercontinental missiles, satellite defense systems, and the mysterious X-37B vehicle may offer more insight into the future of a militarized space environment than the “Galaxy far, far away” in the nine Star Wars episodes. However, for what it’s worth, the Russian spacecraft Polyus– launched in 1987- was equipped with a carbon-dioxide laser in addition to a  self-defense cannon. The main objective of that prototype structure was to test “ACAT and Star Wars defense systems,” but the Polyus never reached orbit.