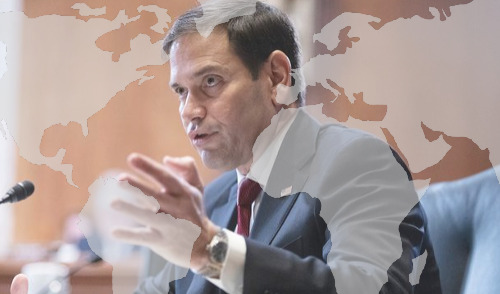 The politicization of the TSP continues. Six senators urge TSP board to delay the new mutual fund window in the TSP, and suggest opening a new window that doesn’t include Chinese investments.

The availability of the new mutual fund window in the TSP did not come easily. In fact, it took almost seven years to implement the new investment options. Yet less than a week before the window was set to open, six Republican Senators penned a letter to the Federal Retirement Thrift Investment Board (FRTIB), requesting that the window’s opening be delayed an extra month so all of the mutual funds within the window (and there are 5000 of them) can be reviewed to see if they contain international investments in Chinese corporations. The six Senators, led by Marco Rubio, want such funds excluded. The letter suggested delaying the new window, which just opened up on June 1st, so a new mutual fund window could be opened on July 1st. Seeing how the window took seven years to become realized, remodifying in just a month would be a highly unlikely endeavor.

It does not appear that the TSP is going to give in to these demands. For one, all international investments in the US have to be approved by the Treasury Department’s Office of Foreign Assets Control (OFAC). This means no American citizen, whether they’re a TSP participant or not, can invest in a foreign company if it hasn’t been vetted and approved by OFAC. The TSP also publicly noted that the new TSP mutual fund window is not mandatory. Not only is access to the window voluntary, but each individual fund that a TSP participant chooses to invest in is of that individual’s own accord. No one is being forced or deceived into investing in Chinese corporations, because all the mutual funds available within the window that contain such international stocks are required to make this information public to potential investors.

The TSP and China

In 2020, Senator Marco Rubio successfully stopped the TSP’s I-Fund from switching to a new index that contained Chinese investments. In fact, all of the FRTIB nominees have committed to not implementing the switch to the new international index proposed for the I-fund. However, those who work in the private sector have 401(k) accounts that are allowed to invest in international mutual funds that contain Chinese investments, so why should the TSP be any different?

When it comes to the TSP offering investment options that include Chinese corporations, it seems the FRTIB has conceded (at least for now), regarding the market index that the I-fund tracks. But when it comes to the international mutual funds available via the new TSP window, it does not appear that the TSP or FRTIB are going to give in to similar demands from Congress.