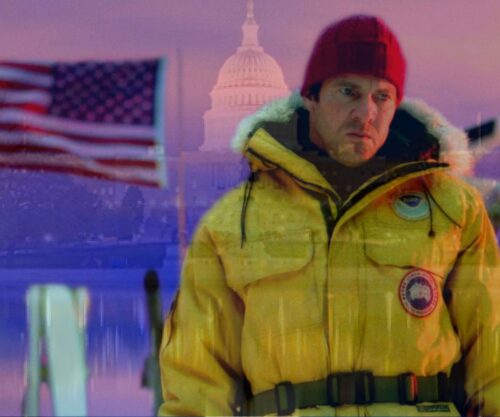 One of the more recognizable clichés in B-grade action movies is the hero scientist. Whether he or she finds insightful data that no one else has picked up on or figures out a quirky solution to the plot’s main problem, the scientist character in disaster films (and other types of action flicks) is a prominent archetype. For example, there’s Jeff Goldblum’s character in Independence Day (1996)who not only deciphers the invading aliens’ code in the beginning but also devises the plan that ultimately defeats the extraterrestrial bad guys. More recently, in the 2014 Godzilla, Bryan Cranston plays a scientist who tries to warn the Government about the impending reptilian doom but is (of course) ignored.

This is important to keep in mind as Congress makes moves to protect scientists- at least the ones who work for the U.S. Federal Government. The Space and Technology Committee in the House of Representatives recently approved a bipartisan measure that would help preserve the country’s scientific integrity. Via a lopsided 25-6 vote, The Scientific Integrity Act passed the committee on October 17th. If made into law, it would help prohibit politics from overshadowing or even inhibiting the findings purported by scientific research. The aim of the measure is to prevent incidences where agency officials can meddle, manipulate, or restrict access to scientific data produced by the government. Conducted by Government Executive, a survey of employees at agencies like NASA, the EPA, and NOAA revealed “unprecedented interference” from leadership in recent years. The bill, HR 1709, would create a new job title at most agencies: an appointed “scientific integrity officer,” whose responsibilities would entail overseeing scientific policies, developing methods to inform employees of their new rights, and reporting violations to Congress.

So, should a scientist working for the Federal Government stumble on data that suggests an apocalyptic event fit for a disaster flick- alien invasion, a rampant contagious lethal virus, or even Godzilla- this potential legislation may assist in getting his foreboding warnings out to the public.

…before it’s too late.

**Written by Benjamin Derge, Financial Planner. The information has been obtained from sources considered reliable but we do not guarantee that the foregoing material is accurate or complete. Any opinions are those of Benjamin Derge and not necessarily those of RJFS or Raymond James. Links are being provided for information purposes only. Expressions of opinion are as of this date and are subject to change without notice. Raymond James is not affiliated with and does not endorse, authorize, or sponsor any of the listed websites or their respective sponsors. Image by 20th Century Fox