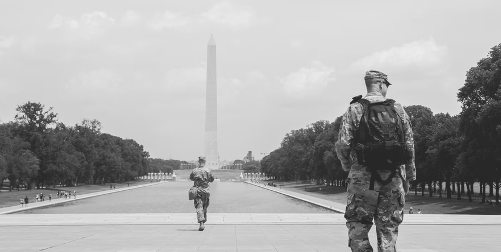 STWS Advisor David Fei explains who may qualify for a reservist pension before age 60, and why it is important to make sure your healthcare coverage is affordable first.

For those who have served more than 20 years in the National Guard, Air National Guard, or military reserves, eligibility for a reservist pension begins at age 60. However, thanks to the 2008 National Defense Act (NDA), and subsequent updates in 2013 and 2015, some members of these defense organizations can retire before turning 60. Now, when it comes to healthcare, not all Tricare plans are available before age 60 so it is something to be keenly aware of before deciding to claim reservist retirement benefits early.

Who is Eligible for Early Retirement?

Starting January 28th, 2008, military reserve service members who served at least 90 days in any single fiscal year in overseas operations, such as in Iraq and Afghanistan, are eligible to retire 3 months early. Until amended in 2015, this meant if a reservist served in a qualifying tour of duty in the given timeframe, they could retire 3 or 6 months early. Even if served multiple years that met the time requirements, only one fiscal year counted. So if you served under 90 days in a fiscal year, you didn’t qualify for early retirement. If you served between 90 and 179 days in the required timeframe, you could claim reservist pension benefits 3 months early. And if you served overseas for 180 days or more in a single fiscal year in 2008 or later, then you’d be able to retire 6 months early.

This all changed in 2015, when multiple years of service could be combined. If you claimed early retirement benefits before 10/1/14, then the single-year rule laid out above would have applied. (The service itself still could be at any point after 1/28/08.) Since October 2014, the 90+ days still have to be within a single fiscal year but numerous years could be combined. Here is a hypothetical example to illustrate the differences:

There was also an update to the NDA in 2013 that allowed National Guard and Air National Guard members to retire early as well. If activated to assist in emergency operations, such as hurricanes or earthquakes, the above rules apply. However, these service members are not allowed to include any previous, non-reservist, active military duty in their calculation.

If you’re in the position to consider retiring before age 60 with a reservist pension, make sure you go over your healthcare options carefully. The main issue is that National Guard and military reserve retirees are not eligible for Tricare Prime and Tricare Select until they’re 60. So if a reservist is thinking they’ll retire early, suspend FEHB, and get health insurance coverage under Tricare, he or she may want to rethink this idea. They will be able to get Tricare Reservist coverage before turning 60, but this is typically significantly more expensive than Tricare Prime and Tricare Select plans. Individual circumstances definitely apply, though. Someone retiring at 50 would have to estimate a decade-worth of future health cost whereas someone retiring at age 59½ would be able to get covered under the cheaper Tricare options just 6 months post-retirement.

The cost difference between the Tricare plans can be significant, too. For example, in 2021, a Tricare Select plan for an active reserve member costs as low as $47.20/ month for individual plans and $238.99/month for family coverage. A Tricare Select plan for a retiree (who must be over 60) is even cheaper than that at $150/year for individuals and $300/year for family plans. The Tricare Retired Reservist coverage, however, is much more expensive at $484.83/month for an individual and $1165.01/month for a family.

**Written by David Fei, Certified Financial Planner, ChFEBC℠.. The information has been obtained from sources considered reliable but we do not guarantee that the foregoing material is accurate or complete. Any opinions are those of David Fei and not necessarily those of RJFS or Raymond James. Any information is not a complete summary or statement of all available data necessary for making an investment decision and does not constitute a recommendation. Investing involves risk and you may incur a profit or loss regardless of strategy suggested. Every investor’s situation is unique and you should consider your investment goals, risk tolerance, and time horizon before making any investment or financial decision. Prior to making an investment decision, please consult with your financial advisor about your individual situation. While we are familiar with the tax provisions of the issues presented herein, as Financial Advisors of RJFS, we are not qualified to render advice on tax or legal matters. You should discuss tax or legal matters with the appropriate professional.**