Recent Removals and Demotions at the EPA and DOI 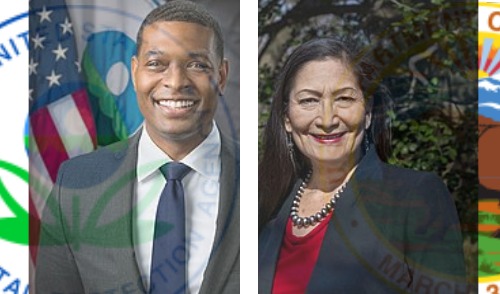 The First Chief-of-Staff of the DOI under Biden quickly lost her new role. At the EPA, more than 40 science advisors were purged.

With the new President moving in, a lot of executive actions from the previous administration were stopped, and new cabinet members and agency leaders were selected to replace the outgoing presidency. This is typical behavior of the executive branch during a new president’s first couple of months in office. Two of the changes included replacing the leadership at the EPA and DOI. The new EPA administrator, Michael S. Regan, was confirmed on March 11th  while Deb Haaland, former US Representative from New Mexico, became the new Interior Secretary on March 15th.

Demotion at the Department of the Interior

Haaland’s congressional chief-of-staff, Jennifer Van De Heide, assumed that same role at the DOI on January 20, 2021 upon Biden’s inauguration. Several weeks later, the White House caught word that Van De Heide was planning a 50+ attendee, indoor event to celebrate Haaland’s confirmation by the Senate. With the new President wanting to uphold a standard of caution and safety because of the pandemic, the White House asked the DOI chief-of-staff to not throw the planned party. When she later requested quotes from catering companies, it came to light that she had not ceased her event planning, so she was removed from her post. Van De Heide will continue to work as a Senior Counselor for the DOI, but the new Chief-of-Staff is Lawrence Roberts, who formerly led the Bureau of Indian Affairs under Obama.

One of the first actions that Regan initiated at the Environmental Protection Agency was to dismiss over 40 members from the Science Advisory Board and the Clean Air Scientific Advisory Committee. These advisors, coined ‘outside experts,’ were all appointed by Trump. Although the move is unprecedented at the EPA, advocates for the environment have remarked such a reconstruction was necessary to undo damage stemming from a rule that Federal Courts ordered as unconstitutional. The previous President had mandated that experts sitting on these advisory boards could not be scientists that have received grants from the EPA, a move that effectively kept most independent scientists from sharing their insights, and allowed only experts with corporate funding to participate. The rule was removed by a court order in 2020, but the board members from that time remained until being dismissed by Regan.