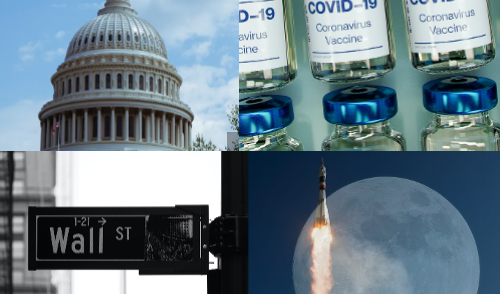 The FAIR Act has been introduced in the House of Representatives by Rep. Gerry Connolly (Virginia) for the 7th straight year. While the bill has never made its way to becoming a law, it is usually a good early indicator of what the next year’s federal pay raise will be. As the actual raise that comes to pass has always been less than the raise proposed in the FAIR act, it sets a ceiling for what feds can expect. For example, last year’s iteration of the FAIR act included a 3.2% pay raise for 2022, which saw an actual raise of 2.7%. The 2023 pay raise in the most recent version of the bill is 5.1%.

An Executive Order, signed by the president in September, created a mandate for feds to get a COVID-19 vaccine. Agencies were to suspend, and ultimately fire, federal workers who refused to comply, having until November 22nd of last year to fulfill the inoculation requirement or request an exemption. Such punitive measures have, for the time being at least, been halted by the determination of a federal court in Texas. A federal judge issued an injunction, ruling the executive order unlawful. The Biden Administration’s Justice Department is appealing the ruling. The injunction does not affect the vaccine mandate at the Department of Veteran’s Affairs (VA), however, as that agency had issued its own mandate for healthcare workers before the executive order went into effect.

After reaching all-time highs at the beginning of January, major market indices like the S&P 500 and the NASDAQ have been falling. This last week saw the biggest tumble on Wall St. since March 2020, which has negatively impacted the returns of the stock funds (C, S, and I) in the TSP. At the end of last week, the C-fund had dropped -7.66% since the year began, the S-fund’s value fell over -12%, and the I-fund decreased -2.99% in the same timeframe. Good advice to follow in volatile times pertains mostly to remaining calm (don’t panic), and if you have a financial advisor who is familiar with your individual situation, it is best to discuss with them about what options are best when it comes to your investments.

Talk with an STWS Advisor

Back to the Moon

Engineers and technicians at NASA are in the final stages of prepping the Artemis I mission, which will launch a rocket to the Moon. Scheduled for blast-off in March, the mission is an unmanned “wet dress rehearsal” for a future manned mission, Artemis II, slated to launch in 2024. Should all go as planned, Artemis III would take more astronauts to the Moon in 2025. The first mission, which NASA employees have been gearing up for this month, will test the new Space Launch System (SLS) and the Orion capsule, both built under government contract by Elon Musk’s company, SpaceX. The unmanned test flight happening this spring will take 25 days, roundtrip, reaching the Moon on the 4th day and returning back to Earth around 20 days after launch.

Stay connected with Serving Those Who Serve, we’ll be covering all of these topics in more detail over the next week.

The S&P 500 is an unmanaged index of 500 widely held stocks that is generally considered representative of the U.S. stock market.  The NASDAQ composite is an unmanaged index of securities traded on the NASDAQ system.  Keep in mind that individuals cannot invest directly in any index, and index performance does not include transaction costs or other fees, which will affect actual investment performance. Individual investor’s results will vary. Investing involves risk and you may incur a profit or loss regardless of strategy selected.  Past performance does not guarantee future results.