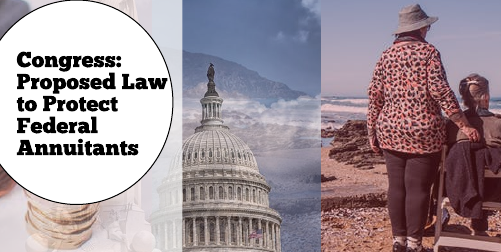 A representative payee is a person, usually a close relative, who financially represents a beneficiary of funds when that person is not able to do so themselves. Usually, the term is associated with Social Security benefits. A 2018 law, the Strengthening Protections for Social Security Beneficiaries Act of 2018, made adjustments to the program but did not include representative payees for those who are receiving income from a federal pension- either CSRS or FERS. When a federal retiree (or a beneficiary of a survivor annuity) becomes mentally or physically incapable of managing their own money, a representative payee is elected to do so for them, in the beneficiary’s best interest. For Social Security, one of these persons is liable to face up to five years in federal prison for fraud. For Federal retirement income? No such federal penalty exists, which has left prosecutors’ hands tied in previous cases of suspected fraud. The new law looks to change that.

The Senate passed S-1430: the Representative Payee Fraud Protection Act of 2019 on November 21st of last year, and the House of Representatives announced that they are set to vote on their version of the bill this week.