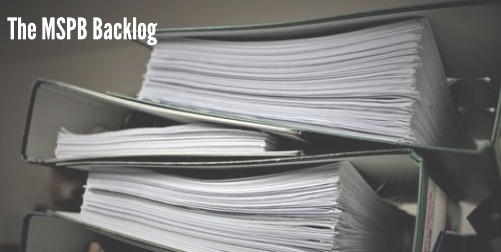 The US Merit System Protections Board (MSPB)  was created in 1977 to protect the Merit System that the federal workforce has benefitted from since the late 19th century. The nine prominent principles that they are tasked with protecting can found here and include the rights of federal workers. The first principle illustrates how recruitment should be of “qualified individuals from appropriate sources.” The eighth item on the list explains some of the protections the board supplies, against “arbitrary action, personal favoritism, or coercion for partisan political purposes” among other offenses. On their website, what the MSPB doesn’t do is more defined than what it does do.

If a fed feels they have a valid complaint, their case may or may not end up at the MSPB. First a decision must be made by an arbitrator, the federal agency itself, or an OSC (Office of Special Counsel) Investigation, depending on whether the employee is covered by a CBA (collective bargaining agreement) or not. If covered, it goes to an arbitration hearing. If not, it will go to an agency investigation (discrimination complaints) or the OSC (for whistleblower complaints). Once that first decision is made, and either party seeks an appeal, then the MSPB comes into play.

At the end of 2019, there were 2,529 cases waiting to be reviewed by the board. However, no decisions can be made final until the MSPB acquires new board members. And even though three nominees have been approved by the Senate Homeland and Government Affairs Committee, none of them have been approved by the Senate itself. Since January 2017, the beginning of the Trump administration, appellate decisions have been legally disallowed from being decreed by the MSPB. Of 4,893 decisions made by administration judges last year, surely some of those parties will want to appeal, and this will just add to the overflowing backlog.

For the feds with cases stuck in the limbo that is now the MSPB backlog, there has been an option to further pursue your appeal since May 2018 and bypass the Protections Board-  and that’s by taking your case directly to Federal Court. When MSPB decisions are finalized by the agency, they can still be further challenged in either Federal District Court or the US Court of Appeals (both regional and federal circuits, depending on if there is a CBA protecting the federal employee). If you want to get your case out of the MSPB backlog limbo, the Federal Circuit will review the case if both sides of the lawsuit agree. The drawback to this is expense. Filing fees are considerably more expensive than when filing an appeal with the MSPB.