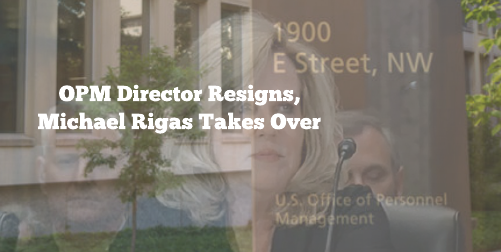 The last Director of OPM to stay for a full term was John Berry, who served in the position from 2009 to 2013. Faced with several inefficiencies, the appointed Director appeared to respectfully handle the problems facing OPM in the aftermath of the 2008 financial crisis. He entered office with USAjobs.com bug-ridden, a confounding internship process in place, and harsh economic conditions that forced freezes on federal pay raises. Although none of the problems were completely fixed, John Berry left office having advocated gay rights for Federal Employees, increased the government’s hiring of veterans by 28%, and was labeled “a champion of federal workers and retirees” by the President of NARFE (National Active and Retired Federal Employees Association). Since his term ended, though, the position has become a transient one.

In April 2013, Elaine Kaplan took over as acting director before quickly being appointed a Judge of the US Court of Federal Claims. President Obama then appointed Katherine Archuleta, who was forced to resign in 2015 amidst the scandalous international hack into OPM’s computer systems. Whether it was fair or not, congressional pressure forced the issue, and Archuleta left. Cybersecurity deficiencies had been discovered and reported since 2007. Beth Corbet stepped in to aptly serve as acting director until January 2017, when a new administration moved into the executive branch. President Trump nominated Jeff Pon, but his approval was held up in the Senate so Kathleen McGettigan- a career fed who worked at OPM for over 25 years- assumed the helm for 14 months and was placed on Government Executive’s 2017 list of Top 10 Executives Reshaping Government.

Dr. Jeff Pon finally survived the Senate’s approval process and took over the head office at OPM in March of 2018. Dr. Pon proceeded to write a letter to Congress requesting many significant changes be made to Federal Benefits. These suggestions included moving pension calculations from a “high-3” to “high-5” (effectively reducing retirement income) and increasing employee contributions to FERS to 7.25%. The correspondence was mostly ignored as Congress engaged in high-stakes budgetary debates. The next thing the first president-appointed, Senate-approved OPM director since Archuleta did was… quit after about 7 months on the job. Margaret Weichert was the next Federal worker to take over as acting director of OPM, which she did until September 2019, when Dale Cabaniss became the official director, having been appointed by Trump and approved by Congress.

On Tuesday, March 17th, as the Federal Government, along with the rest of the country’s population, scrambled to deal with this Coronavirus crisis, Cabaniss submitted her resignation as well. One source claims that “negative treatment” from the Presidential Personnel Office and a White House liaison were given as reasons for vacating her position. Somewhat coincidentally, the previous director, Weichert, resigned from her job at the Office of Management and Budget last month to work in the private sector. Following the sudden resignation, the new acting director of OPM is Michael Rigas, a former appointee to the General Service Administration (GSA).