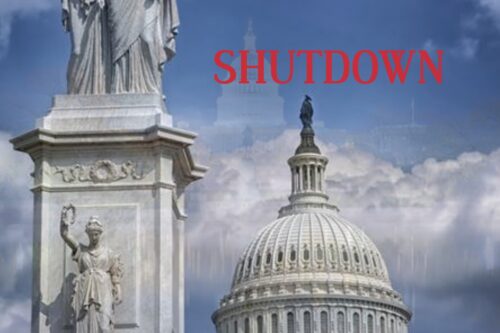 Nine Departments, 800,000 Workers Affected by Partial Shutdown that went into Effect on December 22, 2018

The partial government shutdown that went into effect at midnight, Saturday, December 22nd impacts federal workers from the following nine departments: Treasury, Agriculture, Homeland Security, Interior, State, HUD, Transportation, Commerce, and Justice. Potentially, around 800,000 individuals would be under furlough, but the actual number is between 350,000 and 400,000 because roughly half of the employees for those departments are considered “essential.” These feds have to work during the stoppage, but won’t see compensation for their time until after budgetary legislation is passed, ending the shutdown. Those who have been furloughed are not guaranteed pay, but have received it in the past when previous shutdowns occurred. Despite a bill that passed through the Senate on December 20th, which guaranteed backpay for furloughed feds, the law stalled in the house so uncertainty surrounding pay is still a topic of worry for the roughly 400,000 people placed on temporary leave without pay.