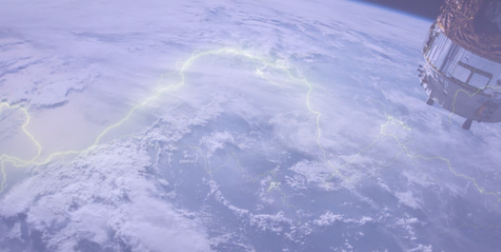 NASA launches a pair of rockets from Wallops Island, VA to study the atmospheric dynamo

On July 7th and 11th, conducting the Dynamo-2 mission, NASA launched two rockets from Wallops Island, VA,  which is near the Chincoteague beaches. The purpose was to obtain data from the ionosphere to gain a better understanding of the atmospheric dynamo- a natural generator of electricity that wraps around the globe.

Scientists describe the atmospheric dynamo as an “Earth-sized electric generator.” Located across the three highest layers of the atmosphere, about 50 miles above the ground, in a space known as the ionosphere, the dynamo buzzes in circuits of electricity that are the size of continents. The electrical induction is generated through interactions between the planet’s magnetic field, heat from the Sun, and high-speed winds. Its existence was first inferred during World War I as long-distance radio communication was initially being experimented with.

The Earth was discovered to have magnetic properties in 1600, although Chinese sailors had been using this magnetism for their compasses since the 12th century – but for magnets to produce an electric current, there needs to be motion. What was causing the motion to produce the electricity wasn’t known until the 1970s, when physicists used weather balloons to form the first theory about atmospheric tides- waves of electricity that behave similarly to ocean tides, but how this works is still far from fully grasped. It is known that the swirling of these circuits is always centered around where the Sun sits directly above, when solar radiation strips electrons off atoms. There are also geomagnetic ”quiet” and “disturbed” states in the ionosphere. Activity is particularly complex during “disturbed” conditions.

The Problem with the Ionosphere

The ionosphere is studied from the ground with devices called magnetometers, and since 2019, it has been studied from above by the Ionospheric Connection Explorer (ICON) satellite. However, a lot of the atmospheric dynamo is difficult to observe directly. The air is too thin for aircraft to reach, and too dense for spaceships. The altitude is also too high to be reached by scientific balloons, but too low for a satellite to attain orbit. The solution in 2013 was to shoot some rockets through it, during the first Dynamo mission. That successful operation also saw a pair of rockets get launched, this time just 15 seconds after one another. The biggest discovery from the first Dynamo mission was that the winds recorded were much faster than anticipated, around 355 miles per hour. From the ground, magnetometers indicated a very slow current of wind moving east. The rockets unveiled there’s a high-speed current going eastward and a westward-moving wind that is slightly slower. The difference between the two speeds was what the tools on the ground detected. Then, 6 years later, when the ICON satellite started sending back data from 360 miles above sea level, it suggested inconsistencies when compared to findings from the Dynamo mission- thus, the 2021 follow-up was planned.

Unlike the first mission, the more recent Dynamo-2 blasted its rockets on two different days, both during times when the ICON satellite was nearby so measurements can be compared. NASA researchers are hoping to uncover why the windspeeds are so high, but also to generally learn more about the giant electrical generator humming around the globe at the top of the sky. The sounding rockets (‘sound’ is a nautical term: to measure) were both launched successfully before gathering data and falling back to the Earth.