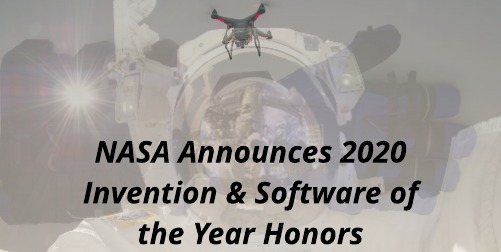 The Winners of the 2020 Invention and Software Awards went to teams designing systems for drones, robo-gloves, and an “app store” for Astronauts

Every year, three teams are picked by NASA’s Inventions and Contributions Board to be recognized for their efforts and accomplishments in emerging technologies. There are two separate honors for ‘Invention of the Year’- there’s the Government Invention and the Commercial Invention of the year. The third category is Software of the Year, making a total of three prizes given to three teams of either engineers, software developers, or collaborative partners.

The Government Invention of the Year recognition was granted to a team at the NASA Ames Research Center in California. Envisioning a future when urban environments exhibit skies crowded with ‘unmanned aircraft,’ the research team has been working since August 2015 at developing a computer system for handling the increased air traffic of the future- where pilots are either artificial intelligence or remotely controlling their drones. While the FAA already has a program for ‘unmanned aircraft systems traffic management’ (or UTM) called the ‘low-altitude authorization and notification capability’ (LAANC), the new UTM developed by NASA research is more capable of handling obstacles presented by an urban environment. Weather conditions, reduced lines of sight, and radio communications, plus fewer safe places to land, were all conditions that NASA’s UTM handled more efficiently. NASA is working with the FAA on getting the new tech implemented.

Gloves and Apps …in Space!

The Commercial Invention of the year was given to the “RoboGlove,” which was developed by General Motors in collaboration with a team at NASA’s Johnson Space Center in Houston. The glove will make gripping and control easier in space for Astronauts going on spacewalks. The glove is currently in use on assembly lines as it adds 15-20 pounds of extra force to its user’s hand, but further testing is needed before it is used in space.

The Software of the Year award went to a flight system developed at the nearby Goddard Space Flight Center in Greenbelt, Maryland. The “core Flight System” or cFS has been described as an ‘App Store’ for space missions. Astronauts can select from existing processor platforms, operating systems, and software tools when conducting a mission for NASA. Essentially, it creates an open-source software system to be used not only by NASA, but across the Government, and even branching out to corporate industries, universities, and international entities that collaborate with NASA.