Moving TSP Money to G-Fund? Here’s Why You Should Proceed with Caution 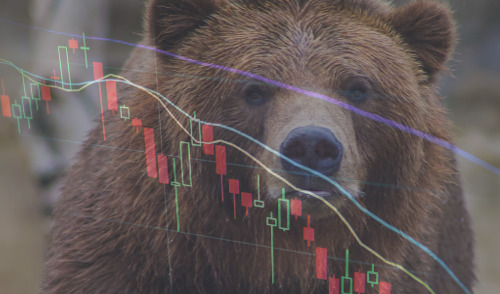 For both stocks and bonds, 2022 has not been a great year. The S&P 500 dropped over 20% from January 1st to June 30th – making it one of the worst bear markets since 1970. The Nasdaq Composite Index fell 29.5%. Bear markets are more common than bond crashes, though, occurring once every 6.5 years on average. The last bond crash was in 1994, and for the first half of 2022, the Bloomberg US Aggregate Bond Index has a negative return of -11.2%.

For TSP investors, this meant for the first half of the year, the C-Fund fell 19.96%, the S-Fund dropped 27.92% and the F-Fund’s value decreased 10.08%. The G-Fund was the only TSP core fund with a positive return at 1.15%. Looking at these figures, it makes sense that the G-Fund received a flood of new cash from the other funds in last month, up 249% from the previous month’s transfers. In May, $1.82 billion was moved into the G-fund while in June, $6.35 billion was transferred from the other four core funds (F, C, S, and I). The majority of the money that was transferred, $3.49 billion, came from the C-Fund, which tracks the S&P 500 index.

Here’s why you should think twice before making a significant transfer of cash from the C-Fund to the G-Fund, especially when stock prices have are already fallen:

1. You Can’t Time the Market

Of all the things I learned when studying for the Series 7, what shocked me the most was that a monkey throwing darts at a board of random stocks has about the same average return as professional stock traders who attempt to time the markets. There are those who get lucky and sell right before a crash or buy right before stock prices shoot back up, but doing this on a regular basis is nearly impossible. Reacting to investment performance after-the-fact can be damaging, it leads to investors that sell when prices are low, essentially locking in a loss, because the same investors typically won’t invest back into the stock market until prices have increased again, meaning any intermittent growth was missed.

On average, in the 12 months after a bear market, stocks have risen 22.7%.In 1970, when stocks fell for the first 6 months like this year, they rose 27% the next six months. While the nature of the markets dictate that they are unpredictable, history has shown numerous times that after large declines, some TSP investors move money into the G-Fund only to see the other TSP core funds rebound quickly after. In 2002, after TSP participants transferred $3.8 billion from the C-Fund to the G-Fund, then the C-Fund grew 29% in 2003. In January 2010, $2 billion was moved from the G-Fund to the C-Fund, which went on to grow 15% for that year. Similarly, after bond crashes, there’s usually a steep bounce-back. Following the aforementioned crash in 1994, the Barclays Aggregate Bond Index increased by 18.46%!

The rate-of-return for the G-Fund is guaranteed to be positive, but the returns are generally low (last month’s +0.21% for example) and the gains haven’t kept pace with inflation for years (and it’s not even close as of late). The annual return for the G-Fund hasn’t been over 3% since 2008.

Here’s a hypothetical illustration to show how badly this can impact your TSP investments*:

Rebalancing your allocation or rethinking your strategy might be a good idea with the current volatility, but it’s probably not the best idea to just put everything in G. If you think you need help or just want to learn more, you can start by checking out our complimentary TSP webinar for federal employees. At the very least, the Lifecycle or “L” funds, which include the G-Fund, are usually a safer bet than just the G-Fund. In the first six months of 2022, the L-2025 Fund (designed for those who plan to retire by 2025) dropped less than the TSP core funds (other than G), dropping 8.98%.

*This is a hypothetical example meant for illustration purposes only and is not intended to reflect the actual investor results. Future performance cannot be guaranteed and investment yields will fluctuate with market conditions. The stock indexes mentioned are unmanaged and cannot be invested into directly. Past performance is no guarantee of future results. Investing involves risk and you may incur a profit or a loss regardless of strategy selected. No investment strategy, including periodic rebalancing, can guarantee your objectives will be met. Prior to making an investment decision, please consult with your financial advisor about your individual situation. *

**The Thrift Savings Plan (TSP) is a retirement savings and investment plan for Federal employees and members of the uniformed services, including the Ready Reserve. The TSP is a defined contribution plan, meaning that the retirement income you receive from your TSP account will depend on how much you (and your agency or service, if you’re eligible to receive agency or service contributions) put into your account during your working years and the earnings accumulated over that time. The Federal Retirement Thrift Investment Board (FRTIB) administers the TSP.***