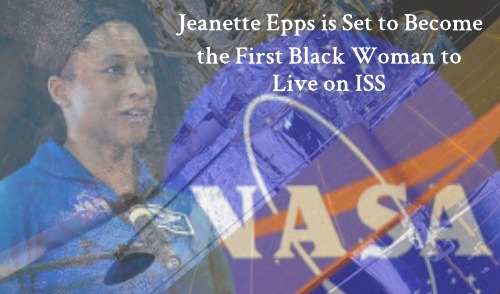 Jeanette Epps has been with NASA since 2009, and twelve years after joining, she will be blasted into orbit to conduct a six-month expedition aboard the ISS. In doing so, she will become the first African-American woman to live on the space station. While Joan Higginbotham and Stephanie Wilson were both black female astronauts that have previously boarded the ISS, Epps is slated to be the first to live there for a prolonged period of time: 6 months.

This past Saturday, September 12th, was the 18th anniversary of Mae Jemison’s first and only launch into space, when she became the first ever African-American woman to leave the Earth’s atmosphere. Epps is on schedule to join Jemison in the history books, but she’s been in this spot before. NASA pulled her from expeditions in 2018 for “personal reasons” that were never publicly disclosed. Epps did clarify that it was neither a medical condition nor a family issue that prevented her from taking flight, but that was all the detail provided. As such, it is hard to determine the likelihood of the unknown event or circumstances, and whether or not they could reoccur, and per the Washington Post, “last minute crew changes are not unusual at NASA.”

Epps is originally from Syracuse, New York, and she earned her bachelor’s from her hometown at Le Moyne College. Then, she earned her master’s in 1994 while studying at the University of Maryland. The future astronaut remained at College Park until 2000 when Epps received a doctorate in aerospace engineering. She is also not the only black, female NASA employee in the astronaut program who has local connections to the DC/Maryland/Virginia area. The newest astronaut corps, which formulated in 2017, contains 32-year-old Jessica Watkins, a NASA Astronaut candidate who was born in Gaithersburg, MD.

Before NASA, Jeanette Epps worked as Technical Intelligence Officer at the CIA and a Technical Specialist for the Ford Motor Company.