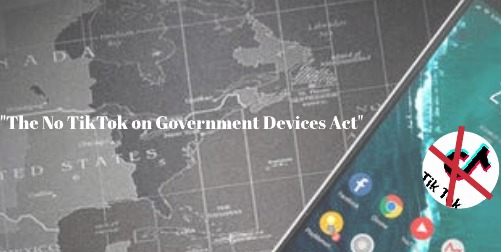 A bill was introduced in the Senate by two Republican legislators that, if passed, would make it illegal for workers of the Federal Government to have the mobile phone app TikTok on devices they use for their jobs. The concern over TikTok involves the country’s lukewarm relationship with China. The conflicts to arise between the world’s two biggest economies have manifested mostly in cyberspace, over legal matters like international intellectual property laws. There was also the OPM breach by Chinese hackers that was discovered in 2015, and resulted in 20 million federal employees’ private information getting compromised. The FBI arrested a Chinese suspect three years ago, and experts believe the motive was to compile a database for China’s military. Outside of the internet, the current administration recently used tariffs to start a trade war with the country and retooled the Federal Retirement Thrift Investment Board (FRTIB) as to stop a move that would’ve added Chinese investments to the Federal Thrift Savings Plan’s (TSP) “I fund”- the TSP’s international investment choice.

While preventing federal employees from investing retirement money in companies based in China is arguably a controversial move as it politicizes the nation’s largest such retirement savings plan, banning TikTok makes logistical sense. The company that owns the app, “ByteDance” is a Beijing company and all data collected by the app, which by its very function gets access to devices’ microphones and cameras when uploaded, and is then owned by ByteDance. Although representatives of the company have publicly denied ties to the Chinese Government, the popular app could still potentially be used to spy on its users. When those users are also government employees using the same phone or tablet for official business of the Federal Government, inherent security concerns arise. The “No TikTok on Government Devices Act” would enact a ban of TikTok across all devices owned by Federal Employees that are used for official government business. This policy is already in place at the departments of State, Homeland Security, and Defense- as well as the Transportation Security Administration.