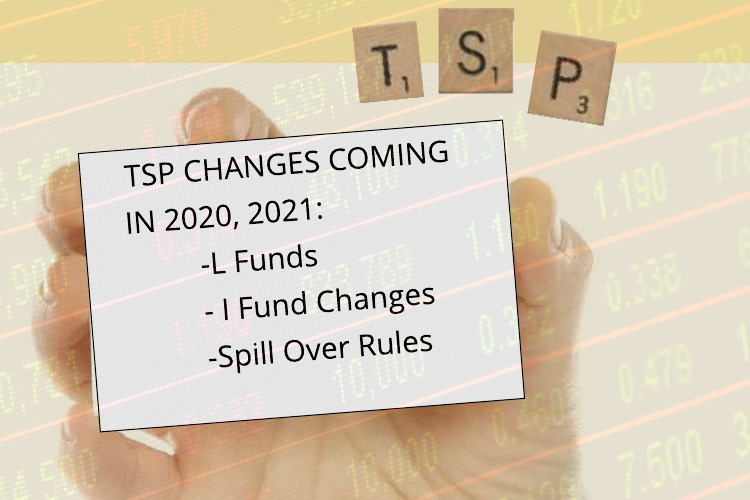 The modifications to withdrawal options, which went into effect on September 15th due to the TSP Modernization Act, were a welcome change to the Thrift Savings Plan (TSP). The rules that were in place before were very restrictive, and the changes that are now implemented allow for multiple partial withdrawals for both in-service distributions and ones made in retirement. The updated policies ushered in new electronic processes for requesting withdraws online- but it’s anyone’s guess right now how user-friendly and coherent those recently added web features will be. It is known, however, as recommended by the Federal Retirement Thrift Investment Board (FRTIB), that other alterations are coming to the Federal retirement plan:

–Catch-up contributions apply to those who are age 50 or older and are allowed retirement plan contributions over the IRS limit of $19,000 (in 2019). Currently, the catch-up amount is $6,000 (and has been since 2015) so TSP participants who qualify can add up to $25,000 total to their account this year. To get the maximum match from their employer, they have to divide that up over their 26 pay periods- starting in January. So if you forget to elect (or re-elect) the additional amount at the beginning of every year before the first paycheck is issued, you’re due a lesser match from the Government. While the “spill-over” rule will still require a contribution be made every 26 paychecks, it will not force participants to re-elect their catch-up contribution number every year. If no changes are desired by the employee pertaining to the percentage of their salary being contributed to their TSP account, then nothing is needed from them. The catch-up elections will now “spill-over.” This rule will be effective starting in January 2021.

Many reports have also stated that the investment allocation of the funds will shift to be more heavily positioned in stocks. For example, when the L-2050 fund began in 2010, the target percentage in stocks was 90% with 10% bonds. When the L-2060 fund starts in 2020, the target ratio of stocks to bonds is going to be 99% to 1%. This tilt towards stocks is not just for the newer L-Funds, but all the Lifecycle funds will experience a gravitation towards allocations heavier in stocks.

Keeping an Eye on the I Fund

-Of the I-fund, which holds an objective of providing exposure to international companies for TSP participants, a recurrent criticism has revolved around the stock index it tracks: the MSCI EAFI index. Using this index as a benchmark comprised of about 600 companies from 21 developed markets, the I-fund is limited to mostly European countries, plus Japan, Hong Kong, Australia, Israel, New Zealand, and Singapore. Along with neglecting emerging markets, this index fails to include countries like China and Canada. Plans are supposedly still in place to utilize a different index for the I-fund: the MSCI ACWI ex USA IMI Index, which represents 6,000 companies from 22 developed markets, and 26 emerging markets.

One snag in switching the indices hit on May 22nd of this year when the Representative Jim Banks of Indiana proposed a bill that would prevent the TSP funds from investing in either Russian or Chinese companies. The bill, H.R. 2903, has a 2% chance of becoming law according to Skopos Labs and GovTrack.Us, but it would prevent the utilization of such international indices if passed. The plans to move benchmarks are probably still in process, though. Two senators, a Republican (Rubio) and a Democrat (Shaheen), wrote a letter to the FTRIB on August 26th urging the investment board to reconsider using the broader stock index because of the inclusion of Russian and Chinese equities. The letter requested a response by September 6th. On September 13th, the FRTIB director of external affairs, Kim Weaver, noted the board was still reviewing the letter and would answer upon reaching a decision. If the original timeline remains, the I-fund is set to start tracking the MSCI ACWI ex USA IMI index in mid-2020.