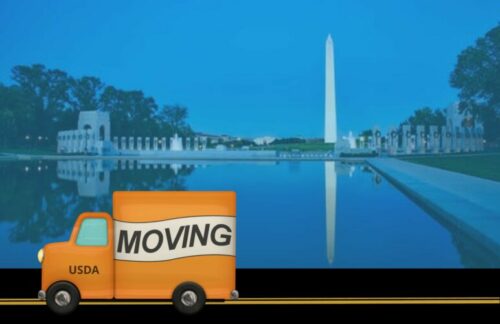 The HIRE Act was introduced into the Senate. Will 10 Agencies Relocate Away from DC?

There is an argument to be made regarding the high concentration of the Federal Government’s vast operations in the Washington, DC area. In the bill proposed by Senators Hawley (R-MO) and Blackburn (R-TN),  S. 2672 (the ‘HIRE’ Act), it is stated as such: “The benefits of Federal employment should be shared widely and should not be concentrated in the Washington metropolitan area.” It sounds deceivingly simple initially, but instead of countering this statement with the many opposing arguments, we’ll focus on the biggest deterrent in committing to this undertaking. It is also a simple concept to grasp: moving 90% of the positions out of the DC area would be a logistical nightmare.

In 2018, according to Governing.com, there were 517,358 federal employees living in Maryland, Virginia, and DC. (Note this is less than 25% of the whole Federal workforce.) Although it would likely be far from a clean 90-10 split, if it were- the bill would stipulate that roughly 465,620 people are going to be directly impacted by it. They would be forced to choose between moving to their agency’s new location, or looking for another job, or possibly retirement. According to the proposed legislation, the Dept. of Commerce would move to Pennsylvania. Dept. of Education to Tennessee, and the Dept. of Energy headquarters would be sent to Kentucky. Health and Human Services, which includes the FDA and NIH, would relocate to Indiana. Housing and Urban Development goes to Ohio, the Dept. of Interior to New Mexico, and the Dept. of Labor gets West Virginia. Dept. of Transportation will move to Michigan (Detroit… Cars… makes sense, I guess) – and then the Department of Veterans Affairs travels south to South Carolina. This bill would make 90% of the 21,554 VA workers in DC, Maryland, and Virginia either give up their employment or relocate to several states away. Disrupting the lives of 19,400 people rarely goes smoothly, and that would just be but one of the ten agencies specified in this bill.

The tenth agency mentioned is the US Dept. of Agriculture (USDA), which would split for Missouri. The USDA has already had to start transplanting two of its sub-agencies to Kansas City, MO: The Economic Research Service (ERS) and the National Institute of Food and Agriculture (NIFA). The idea was to bring researchers closer to farmers. One researcher involved, however, quickly pointed out that their vicinity to actual farmers had little to do with the aggregated national data they receive, study, and work with. Laura Dodson, an agricultural economist with the ERS, commented: “This assertion that being closer to a singular type of agriculture will make the agency as a whole function better is ridiculous.”

To move those two sub-agencies is an action that impeded on the lives of about 500 federal employees. The process is moving, albeit slowly. To think about this transition on a macro scale comprising 10 large Federal agencies, all with numerous sub-agencies, and 465,600 individuals…

Well, here’s to hoping the bill’s chances of becoming law remain at around 4%- which is where GovTrack.US and Skopos Labs have the likelihood calculated.