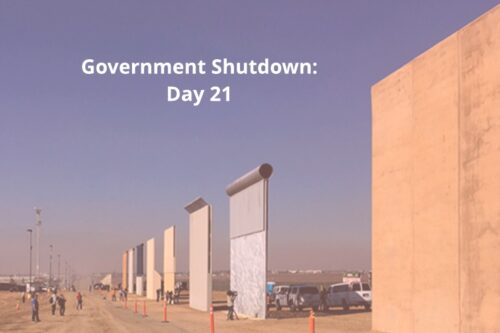 TSA workers, oil industry, and fishing have all been impacted by the Government Shutdown

Friday will be the first payday where the 800,000 feds affected by the Trump Administration’s Government shutdown will not see their biweekly bank deposit from their salary. The partial stoppage of Federal activity has garnered national attention, prompted a speech on primetime TV from the President, and placed members of Congress in uncomfortable positions. Democrats from the House and Senate have been busy trying to reverse an executive order that decreed a pay freeze. They appear more focused on ensuring that a modest 1.9% pay raise goes into effect for federal employees in 2019 than even negotiating a price for a wall that they call a ‘non-starter.’ Republicans are for the most part silent about the wall while Trump has tried to garner support. The shutdown has caused TSA security workers to call out sick, lucrative fishing operations in Alaska to stop, and pharmaceutical companies to wait even longer for drug approval. (The oil industry is functioning without delay, however, at the expense of overtime work from furloughed feds- possibly flouting federal law.) A frustrated Ben Cardin, who is a Democratic Senator from Maryland, claimed the stoppage “makes no sense whatsoever. Government should be open, should never have been closed.”