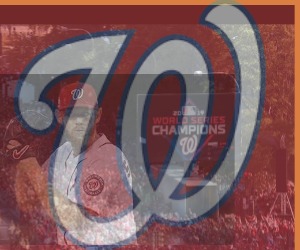 A less than .01% chance is still a chance. Baseball-Reference.com had the Washington Nationals with less than .01% of being World Series champs on May 23rd, when the team was 19-31. Even at the end of the season, heading into a wildcard playoff, the Nats had just an 8.8% of winning the MLB crown. After a comeback victory against Milwaukee, a 10th inning grand slam in game 5 against Los Angeles, sweeping St. Louis in 4 games- the Washington baseball team won the National League pennant. Then, in the World Series, it took 7 games where a home team never reached victory. In Houston, after a historic and improbable run- the Washington Nationals are World Series Champions.

STWS is a proud resident of the Washington, DC area and couldn’t be happier for our Nationals.