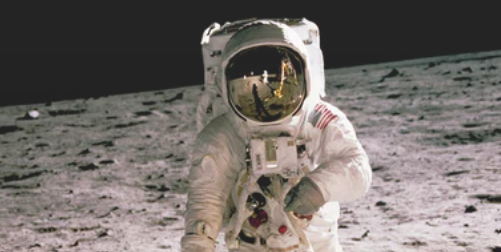 Despite protests from Blue Origin and Dynetics, GAO confirmed that NASA and SpaceX can begin work on the next Moon landing.

On July 30th, the Government Accountability Office (GAO) denied protests from both Jeff Bezos’ company Blue Origin and the Alabama-based contractor Dynetics regarding the HLS (human landing system) contract that was awarded to Elon Musk’s SpaceX. NASA has also selected SpaceX for other contracts, including one to transport astronauts to the International Space Station and another to launch the SPHEREx mission. The $2.9 billion HLS contract is for completing the Artemis mission, which was started by the previous administration and continued by the next, albeit with a longer timeline. The mission’s goal is to take humans back to the Moon for the first time since 1972. Only 12 people have ever walked on the lunar surface and all of them were US NASA astronauts.

The large contract was initially expected to be awarded to multiple companies, similar to the DoD Space Force contract that was partially awarded to SpaceX and United Launch Alliance. However, Musk’s space-focused company was the only recipient of the HLS contract. This fact was one of the arguments articulated in the protests to the GAO by Bezos and Dynetics. Also, NASA reached out to SpaceX to negotiate modifications to Musk’s proposal but didn’t do the same for the other two contractors’ proposals. The official statement of protest calls the above actions “issues and concerns” and alleges “flawed acquisition” on the part of both NASA and SpaceX.

On August 10, the GAO published further rationale regarding their decision to allow the contract to be fulfilled. As for the discussions between NASA and SpaceX about modifying the original proposal, this was allowed as they took place after Musk’s company had been tentatively chosen. Because the modification talks occurred after April 2nd, which was when the NASA Source Selection Authority reviewed all 3 contract proposals fairly and made the “conditional selection” of SpaceX’s proposed Starship spacecraft, the GAO said the protests have “no factual support.” Also of note, during the evaluation process, the SpaceX proposal had the highest rating on all three enumerable criteria which the selection authority reviewed. (Basically, it was the most cost-effective.)

Why the award was not split among multiple companies boiled down to “fund availability.” NASA’s budget only allowed for the use of one company, and the three designs were too dissimilar to commit to more than one. The Blue Origin proposal, for example, consisted of a single launch while SpaceX presented plans that include multiple launches.

Artemis Mission to Land on Moon