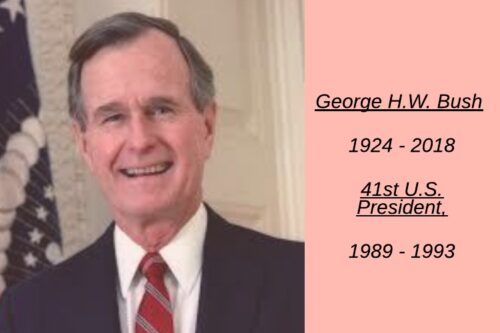 Declaring a national day of mourning, President Trump issued an executive order to close federal offices on Wednesday, December 5th. George H.W. Bush was 94 when he passed away on the night of Friday, November 30th.  After serving in the Navy during World War II, and then graduating from Yale in 1948, he went on to become a Representative in Congress for Texas’ seventh district. From there, his political career included roles as U.N. ambassador, chairman of the Republican National Committee, Director of the CIA, Vice President for Ronald Reagan, and then President from 1989 to January of 1993. A departure ceremony at the U.S. Capitol will take place Wednesday morning and then there will be a memorial service at the National Cathedral an hour later.