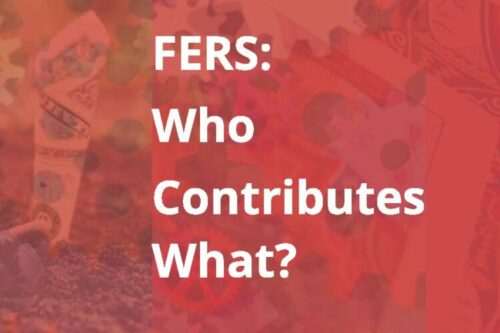 Both the Civil Service Retirement System (CSRS) and the Federal Employee Retirement System (FERS) are backed by the full faith and credit of the US Government. So even though CSRS may technically be underfunded by about $834.8 billion in 2025, there will be money disbursed for those retirees and beneficiaries to which it is owed (so long as there is a US Government intact). The unfunded liability of CSRS can be traced back to the system’s creation in 1920 to the present and then beyond to a hypothetical point in time where the liability has been eliminated- estimated to be about 2090. From 1920 to 1956, there was no requirement to pre-fund future benefits so agencies didn’t contribute to the pension plan. While the law which stipulated individual agencies had to start contributing, there was no requirement that the cumulative contributions from employees and their agencies ever had to equate to the accrued value of future benefits.

FERS changed the game in 1987. With the new retirement system for Feds, there was a factor dependent upon actuarial work so that agencies and employees would contribute a sufficient enough proportion to avoid the unfunded liabilities that arose with CSRS. For workers under FERS that were hired prior to 2013 contribute 0.8% of their salary to fund the system. Then there are the FERS-RAE (Revised Annuity Employees, who were hired in the year 2013) that contribute 3.1%. For most of the federal workforce hired in 2014 or later, the amount contributed is equal to 4.4%. The current Presidential administration has recommended increasing that percentage again- to as high as 7.25% but these suggestions never materialized.

Studies into the matter have revealed that it costs the Federal Government about 23% of the average FERS employee’s annual salary to fund their retirement benefit. So who contributes what? To review, the worker puts in either .08%, 3.1%, or 4.4%. The employing Federal agency then contributes a larger chunk: this is what experienced a boost starting October 1 of 2019.

*For those with special provisions, you can find the official letter from OPM here.