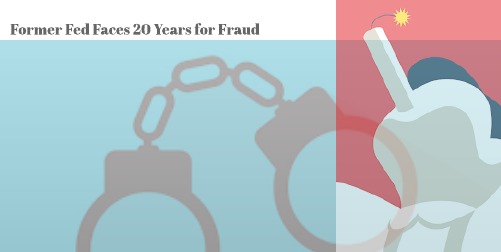 Garrison K. Courtney of Florida, a former DEA agent, has a trial date set for October 23, 2020, according to the Justice Department. Using his familiarity with Government operations, Courtney was able to infiltrate Federal Contractors and convince them that he was a CIA agent involved in an urgent, classified mission. Playing on this urgency and secrecy, he was able to swindle a total of $4.4 million from the Government into his own pocket. Somewhat more concerning, the man once employed by the Drug Enforcement Agency (DEA) was able to attain a job with the National Institutes of Health’s Information Technology Acquisition Center. Here, Courtney gained access to troves of sensitive nonpublic information about “the procurements of other federal agencies.”

Now He Faces 20 Years in Prison

The deception was a thorough undertaking. The accused was able to purport an authoritative identity as an Army officer that served in the Gulf War and other militaristic campaigns. He accomplished this with threats when questioned, fraudulent letters from the US Attorney General, and claims that the targeted contractors were being actively watched by “hostile foreign intelligence services.” The cracks in his façade began to appear in 2016 when one of Courtney’s “clients” Capefirst Funding held off on handing over an additional $620,000 after already paying $1.93 million. The contractor aggressively pursued information from actual authorities of the Federal Government, and was eventually told that Courtney was under a criminal investigation by federal law enforcement. Garrison K. Courtney now faces 20 years in prison.