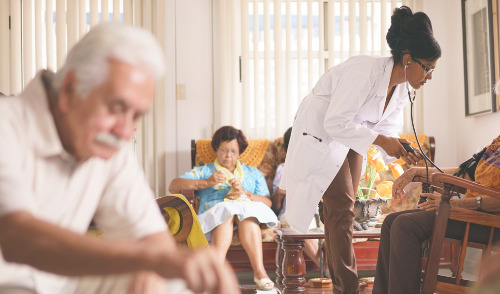 Per a June announcement from OPM, revisions to FLTCIP are likely – including new application periods and higher premiums.

The Federal Long Term Care Insurance Program (FLTCIP) is considerably different than similar insurance programs for federal workers like FEGLI (life insurance) and FEHB (health benefits). For one, more of a federal employee’s relatives are eligible for the long-term care insurance, including parents and adult children. Applications for policies are also accepted year-round whereas FEGLI and FEHB plans can only be added or changed during an open season, which FEHB holds annually. (FEGLI open seasons are much less common with the last one being in 2016 and 2004 before that.) But FLCTIP policies aren’t common among federal employees and annuitants as the benefits are less clear. 2/3 of Americans won’t need long-term care and so it’s basically use-it-or-lose-it unless the policy was attained after October 2019, in which case 35% of premiums paid could be reimbursed if the insurance isn’t needed. So because less people have utilized FLTCIP than anticipated, it has become increasingly more expensive over the last two decades, in turn causing even less potential policyholders to purchase an FLTCIP plan.

A June 3rd publication from OPM indicated that the personnel agency for the federal workforce will be evaluating the long-term care insurance, which is provided by John Hancock. The announcement indicated there’s a strong possibility that FLTCIP premiums will be “revised” (which almost certainly means raised). When OPM’s contract with John Hancock was renewed in 2016, there was an average premium spike of 83% for existing policyholders and if the extra cost was too much for a FLTCIP participant, their policy was terminated and none of the previously paid premiums were refunded.

Thinking about Long-Term Care Insurance? Don’t Miss Our Complimentary Webinar, Going Over Both the Federal and Private Options for Federal Employees. REGISTER HERE

OPM’s announcement also laid out plans for a review period, in which no new enrollments would be allowed and no changes to existing policies could be made. This evaluation could take as long as 24 months. It was not specified if whether all policies would be impacted by this, or if it would just affect those who enroll after a certain date.

Currently, there is 60-day window for newly hired or newly married feds and their spouses to apply for a FLTCIP policy with an “abbreviated underwriting” process. To process for attaining a policy is slimmed down to 7 or 9 questions (depending on marital status), opposed to the much more detailed underwriting process required for those who apply outside of the 60-day timeframe. OPM revealed they intend to do away with this rule altogether, mostly because feds are typically younger when they’re hired or married, and not too concerned with long-term care insurance. Only 8% of feds apply for a policy in the 60 days after they are hired.

The shortened process will still be available, however, just under different circumstances. The announcement included plans to start “special application periods,” where all eligible federal employees and their relatives would be able to apply for a new FLTCIP policy with the abbreviated underwriting.