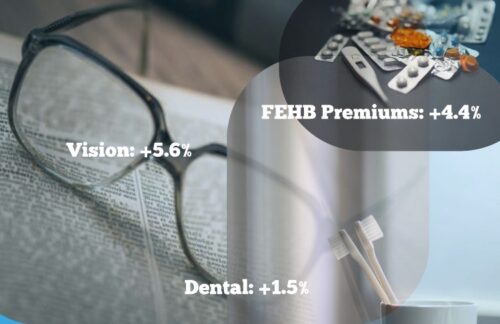 The annual open season for Federal Employees Health Benefits (FEHB) has ended.  OPM has frequently stated that of the almost 30% of Feds who would save on healthcare costs by switching plans, only 6% actually make a transition. The main reason for this is the complicated healthcare system that makes comparing plans a befuddling process. Also, the nature of medical insurance is fickle- a major health event could strike during any year and therefore it’s hard to determine how much coverage is enough, especially if you’re healthy when enrolling. OPM has mandated that all the FEHB plans must provide a comparison calculator or tool to make deciding on FEHB plans easier. This stipulation goes into effect next open season for 2021 plans.

And if you haven’t been paying attention, you may not have the same FEHB plan you had last year. Two plans cut ties with the Federal Health program, leaving 6,300 participants with new health insurance. If you were a part of this group and missed the Open Season, you were most likely automatically placed in the ‘GEHA Elevate Plan’ because it is the least expensive, fee-for-service, nationwide plan without a fee. Only 6.45% of the 279 health plans are available nationwide, though, an employee’s geographic location largely determines their options.

The premium increases were, on average, the lowest in decades for 2019 plans but the trend did not continue. The average increase for FEHB enrollees was 4.4%, and Postal Service workers experienced a mean uptick of 6.5% for their plan premiums. The Federal Employee Dental and Vision Plan (FEDVIP) premiums also went up when averaged: dental plans by 1.5% and vision by 5.6%. The FEDVIP plans allowed TRICARE participants to join last year so enrollment ballooned by over a million new individuals.

**Written by Benjamin Derge, Financial Planner. The information has been obtained from sources considered reliable but we do not guarantee that the foregoing material is accurate or complete. Any opinions are those of Benjamin Derge and not necessarily those of RJFS or Raymond James. Links are being provided for information purposes only. Expressions of opinion are as of this date and are subject to change without notice. Raymond James is not affiliated with and does not endorse, authorize, or sponsor any of the listed websites or their respective sponsors.\