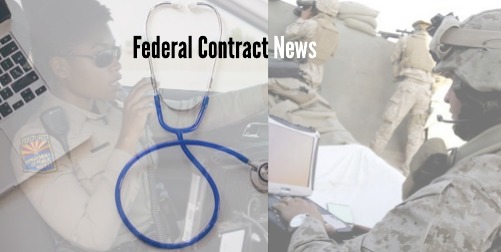 *The following is not a recommendation to buy or sell any individual security or any combination of securities.

The Department of Veteran Affairs (VA):

A $96 Million, 5-year contract was awarded to Accenture for information technology (IT) improvements. The technology contractor will work with the VA Service management office to modernize the user experience for clinicians, VA employees, and the Veterans themselves. Part of the contract will be allocated to improving connectivity issues within some hospitals, and providing additional laptops for workers who can telecommute.

Approximately $350 million contract for 12 months with four one-year options that could possibly extend the timeframe. The contractor who received the job was General Dynamics Information Technology (GDIT), which just 11 months ago landed a $2 billion contract from the State Dept. to continue the management of the agency’s “global technical security supply chain.” GDIT has been paid over half a billion dollars by the State Department since May 2019. On a somewhat related note, the GAO recently remarked that cybersecurity at the agency was in need of improvement. This new $350 million agreement is to enhance the department’s counternarcotics measures by expanding communication with foreign law enforcement, implementing new technology hardware and software, and improving information systems that communicate with domestic partners.

A $10 billion, 10-year contract with Microsoft that occurred in October of 2019 was the recent subject of a 317-page report published by a Government watchdog. The Pentagon inspector general’s office issued the report a few weeks ago and found the decision to go with Microsoft over Amazon Web Services (AWS) was not caused by interference from the President, although they also admitted their probe was limited by the Executive Branch. Trump has loudly proclaimed through twitter his distaste for The Washington Post newspaper, which is owned by Amazon. The dense document from the DoD watchdog did reference other ethical concerns they uncovered, but none that ultimately influenced the contract and its awarding. The ethical questions revolved around several matters, such as two DoD workers who worked on the contract and were previously employed as consultants for Amazon. Another person involved also previously worked for Amazon, then the DoD, and then went back to work for AWS. Other issues were like that of Stacy Cummings, a deputy assistant secretary of defense, who was found to have violated ethical protocols through buying Microsoft stock valued between $15,001 and $50,000. Also detailed in the investigation, a third company interested in the contract, Oracle, accused the DoD of designing the contract terms with Amazon to be “tailor-made” for AWS. The contract itself was to develop the JEDI (Joint Enterprise Defense Infrastructure) Cloud system for the DoD.