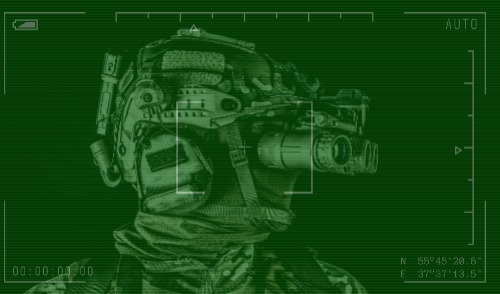 The Pentagon recently indicated it is not abandoning the JEDI contract with Microsoft despite prolonged legal delays- plus other defense contracts for AR and Night Vision Goggles.

The Joint Enterprise Defense Infrastructure (or JEDI) cloud contract was first awarded to Microsoft in 2019. The 10-year contract worth $10 billion has been in litigatory limbo since Amazon Web Services (AWS) protested Microsoft’s bid to develop enterprise cloud technology for the Pentagon. After the challenge by AWS, the Department of Defense doubled down on their decision by again selecting Microsoft in 2020. And once more, AWS contested the decision, asking courts to review additional evidence in the case. The request was granted, which prompted the DoD to issue a memo in January 2021 that hinted at abandoning the project altogether.

With a procedural court filing by the Pentagon on May 28th, it appears they’re still pursuing to fulfill the JEDI contract. The filing basically stated that they’ll allow the judge to review the additional evidence. The earliest a court decision will be made on the matter is October 2021. A spokesman for the Pentagon confirmed that they still want enterprise cloud technology, whether or not it ultimately comes from the JEDI contract.

Another Army contract was awarded to Microsoft in 2021, this time for goggles that utilize Augmented Reality. This technology can be seen in mobile video games like “Pokémon Go-“ where, through the medium of a phone screen, it appears that a fictional Pokémon character is in the space captured by the phone’s camera. The Army would use AR goggles to overlay intelligence information atop real-world live images- displaying things like maps, which enable the user to know the location of possible targets and threats. Microsoft attained this contract through a method known as “other transaction authority”- meaning it was able to bypass the competitive bidding war that hindered the JEDI contract. The AR goggles to be developed by Microsoft are currently known as the “Integrated Visual Augmentation System” (IVAS). If the Army is not happy with the program’s progress after five years, they can cut ties before the $21 billion limit is even approached.

The IVAS is designed to be used during the daytime, or at night. For strictly night vision, there’s another contractor working with the Army. The international defense electronics company known as Elbit Systems of America has been selling night vision technology to the DoD. Their “Enhanced Night Vision Goggle-Binocular” (ENVG-B) is mounted on soldier’s helmets and utilizes thermal imaging. Elbit originated in Israel and their American operations are based in Roanoke, VA. Their contract with the Army is worth $422 million, a small fraction of what Microsoft could receive for IVAS. In terms of augmented reality, the ENVG-B also has AR capabilities, which include displaying white outlines around prominent objects in vision and showing maps for navigation purposes. The new night vision device is a considerable improvement from the night vision most are accustomed to seeing- green-tinted images like those in Jurassic Park. As revolutionary as this tech was when it came out, those who have to use such night-vision goggles for prolonged periods of time (and darkness) will tell you it can cause some pretty bad headaches.