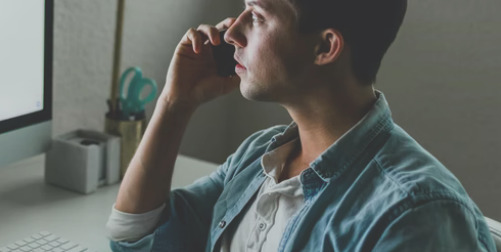 The basics about matching, withdrawals, and taxation when it comes to the two types of accounts the Thrift Savings Plan offers

Established almost 10 years ago, the Roth TSP is an option that, for certain Federal Employees, contains the potential to help maximize their retirement settings. However, it is important to understand the differences between Roth TSP accounts and Roth IRAs (individual retirement accounts), and also the trade-offs that are made when one decides to contribute to a Roth TSP account.

When considering a Roth TSP account, there are two main points to clarify right off the bat:

1. Your portion of TSP contributions can go into the Roth TSP, but all matching contributions from the government are put in the traditional TSP.

2. Money invested in a Roth TSP account cannot be converted to a Traditional TSP account, and vice versa.

What is allowable, under the right circumstances, are rollovers from TSP accounts to IRAs. After the age of 59½ (or when permanently disabled or separating from government service), traditional TSP accounts can be rolled over into traditional IRAs with no tax consequences. And likewise, Roth TSP accounts can be transferred into Roth IRAs under the same circumstances, but with an additional obstacle: the five-year rule. The money in the Roth TSP has to stay in the Roth TSP account for five years before it can be moved out to a Roth IRA without a tax penalty.

If you want to rollover traditional TSP money into a traditional IRA and then convert the funds into a Roth IRA, this is possible but causes a taxable event, so you’ll want to discuss the specifics with a legal or accounting professional before deciding if it’s worth it based on your personal situation. Now, when it comes to transferring Roth TSP money into a Traditional IRA… it’s not possible. The money contributed to the Roth TSP was done so with income that had already been subject to taxation, and a traditional IRA houses money that was contributed with pre-taxed money. Once earned money has been taxed, it cannot be “un-taxed” back to pre-taxed income, and there’s almost no real beneficial reason to want to do this.

The main differences between a Roth TSP account and a Roth IRA involve the restrictions on making Roth IRA contributions. Roth IRAs entail both income limitations and contribution limits. The Roth TSP, on the other hand, has no income restrictions, any federal employee can contribute. Roth IRAs can only be contributed to by individuals who earn less than a certain amount.

The maximum contributions for the TSP, including how much can be put in a Roth TSP account, are detailed in the previous section. Also, if you’re active military, any exempt combat pay you may receive can be contributed directly to either a Roth TSP account or a Roth IRA as such income is tax-exempt.

At the end of the day, it comes down to the taxes. If you can afford to take less income home each paycheck in order to contribute post-tax dollars in the Roth TSP, then it might be worth it when you reach retirement. The reason there’s less take-home pay even though the same amounts are being contributed deals with tax withholding.

Here’s a broadly generalized illustration of how it works:.

The pay-off for this lesser take-home income is two-fold. First, you can withdraw your contributions from the Roth TSP whenever you want. The money’s been taxed, you earned it, so it’s yours to take out. Any investment gains that the contributed cash has earned cannot be withdrawn freely, though. Hypothetically, if you contribute $1000 to the Roth TSP, invest it all in the C fund, and it grows 10% after a few months, your balance will be $1100 but only the original $1000 can be withdrawn without a penalty. The $100 earned is subject to the five-year rule mentioned above, and even after five years, if you’re not over the age of 59½, a withdrawal would trigger a 10% penalty.

The second advantage of the Roth TSP is what makes this type of retirement vehicle so appealing: the withdrawals are tax-free in retirement. After the age of 59½, assuming the five-year rule has been satisfied, all withdrawals are not subject to any taxation.

Here’s another general illustration to accentuate how this can be significant (This is a hypothetical example for illustration purpose only and does not represent an actual investment):

There are some important factors to consider for this generic withdrawal comparison, specifically what tax bracket you’re in when you contribute vs. when you take the money out. Also, this hypothetical scenario assumes the investments in the TSP performed well enough for the $1000 to grow to $10,000 over 20 years. There’s no guarantee of such growth when investing, and the performance of the underlying investments may even result in a loss. Nonetheless, not having to pay taxes on those investment gains (should they occur) can be a gamechanger for retirement, but it completely depends on your personal income, tax situation, and how much your TSP investment portfolio earns.

On a final note, because the money isn’t subject to any taxes, there are also no required minimum distributions (RMDs) with Roth TSP funds, unlike the Traditional TSP.

**Written by Benjamin Derge, Financial Planner, ChFEBC®. The information has been obtained from sources considered reliable but we do not guarantee that the foregoing material is accurate or complete. Any opinions are those of Benjamin Derge and not necessarily those of RJFS or Raymond James. Links are being provided for information purposes only. Expressions of opinion are as of this date and are subject to change without notice. Raymond James is not affiliated with and does not endorse, authorize, or sponsor any of the listed websites or their respective sponsors.

Raymond James and its advisors do not offer tax or legal advice. You should discuss any tax or legal matters with the appropriate professional