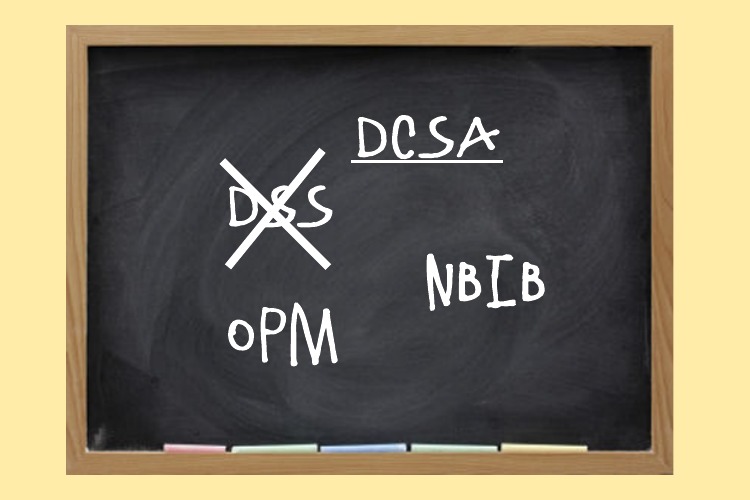 On June 24th, the Defense Security Service changed its name to the Defense Counterintelligence and Security Agency (DCSA). The governmental body is itself a sub-agency of the Department of Defense, and was created in 1972 as the Defense Investigative Service.

This year’s retitling happened upon absorbing a sub-agency of its own, the National Background Investigations Bureau (NBIB), from the Office of Personnel Management (OPM). The transition from OPM began this summer and its completion is mandated for the end of 2019, per an April executive order.

After the announcement was made and the agency’s name changed, the current head of NBIB, Charles Phalen, was designated as the Acting Director of the entire DCSA. This came as a shock to some, but Phalen oversaw the NBIB backlog balloon from 500,000 when he started in 2016 to 750,000 in 2018, but is now down to about 200,000- which about the amount it should stay at considering inflow and average processing time.

The main responsibility of NBIB is to investigate and clear potential new hires of the Federal Government. The federal officers who conduct these investigations are highly specialized, so retaining the workers is a top objective throughout the transitional period.

USPS’ Delivery Vehicles Are Getting A Much Needed Upgrade