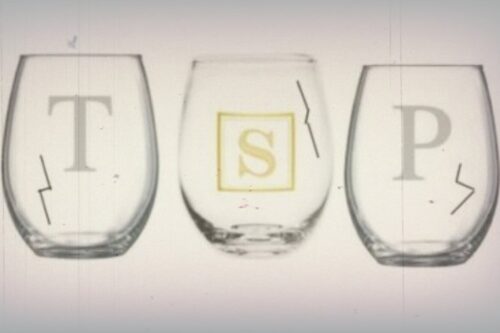 Cracks in the Foundation of the TSP: the world’s largest such retirement plan

If you go to the Thrift Savings Plan’s official website and search for information about the Federal retirement savings plan in publications, you’ll merely find informational pamphlets, forms, and articles. There is practically nothing about the audit conducted by the Department of Labor’s Inspector General. There’s also very little mention of the TSP’s overseeing sub-agency, the Employee Benefits Security Administration (EBSA), which is the Governmental body responsible for policing retirement plans that are exempt from ERISA (Employee Retirement Income Security Act) – the law that regulates most 401(k) and pension plans. The TSP falls out of the realm of this legislation from the 1970’s and constructs policies and procedures via the Federal Retirement Thrift Investment Board (FRTIB), which administers the program through a board of 5 directors, a separate executive director, and an advisory board of 15 advisors who advocate on behalf of Federal workers.

The Office of the Inspector General’s report is less than favorable for the underlying structure of the Thrift Savings Plan itself as it exposes several chinks in the armor. The main vulnerabilities revolve around accountability, as well as an inability to supervise and discipline board members in any fashion. In a similar audit conducted back in 2003, 16 years ago,  the Government Accounting Office (GAO) recommended strengthening “DOL oversight… to increase accountability of the TSP Board.” In the 2018 OIG report, several areas identify that the recommendations listed in the report from the G.W. Bush Administration have not been satisfactorily met. Seeing how any real changes would require Congress to amend the Federal Employee Retirement Savings Act, getting discouraged about possible improvements is understandable.

Still, even though the FRTIB has insisted that there is no conflict-of-interest present so no further enforcement is needed… And in spite of the fact that in the course of resolving any legal disputes, the US Attorney General would be responsible for defending and prosecuting the two sides in any potential conflict (as it would be the DOL v. TSP, both agencies of the executive branch)… there is still a large chasm that does not exactly instill confidence.

The main three areas that are in need of improvement, as iterated in the 2018 OIG report, include EBSA procedures for assessing levels of risk in the TSP, oversight visibility to participants, and the fact that EBSA holds no tangible authority to require the FTRIB or TSP to comply with any recommendations they make, even if the organization feels it is dire. As for the risk levels, this involves both risks inherent in the plan’s investments related to the fiduciary responsibility of administrators, and also the security of infrastructural technology. The report refers to a 2011 cyber-attack in which over 120,000 accounts were compromised. Details about this breach were not as publicized as the OPM data breach a few years later, and as aforementioned, the OIG report is hard to locate and not posted on the TSP website, accentuating the need for more transparent practices. The last area in which the TSP could improve, according to the DOL IG audit, revolves around the uneasy balance of power between the overseer (DOL), those in charge (FTRIB), and any theoretical arbitrator (the DOJ), because they all represent the interests of the United States Government’s Executive Branch.

Considering the 2018 Fiscal Year saw the TSP’s assets grow to over $550 billion, owned by around 5.3 million participants, making it the largest defined contribution plan in the world… Perhaps some more oversight and accountability wouldn’t hurt.