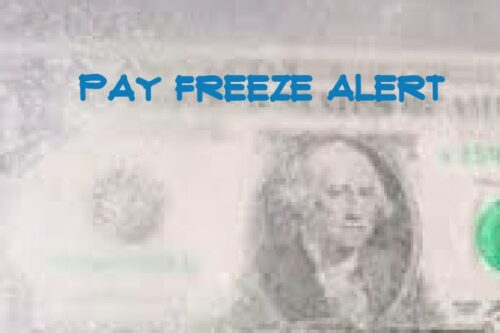 Trump Cancels Raises for 2019, according to the White House

Unless Congress can approve a budget by the end of the year that includes both a raise for federal employees and the President’s signature, there will be no salary increases for federal workers. Trump has prompted the possibility of vetoing any spending resolution if it fails to provide $5 billion for a wall at the southern border but did not mention if he’d veto a bill that included a raise for federal pay. Currently, the Senate has approved a 1.9%  increase while the House has left the issue unaddressed. An across the board pay freeze would impact locality pay for areas newly deemed as a qualified locality. The feds in those geographical spots would still get the designation of working in one of these zones with a high cost-of-living, but an actual bump in compensation wouldn’t materialize for the pay freeze prevents that. Back in August, the President claimed he has the authority to enact such a freeze due to “serious economic conditions affecting the general welfare.” Ironically, he made several statements about the economy in the prior month, touting the country’s recent economic annual growth of 4.1%. Senator Ben Cardin of Maryland noted the inherent irony: “It is outrageous and hypocritical that after spending billions of taxpayer dollars on unnecessary tax cuts for the wealthy and big corporations- as the President boasts about the great state of the American economy – that suddenly the White House finds that there is zero money left to pay a minimal cost-of-living adjustment to the patriotic, dedicated public servants.” The pay freeze would not affect the COLA for CSRS and FERS annuitants.