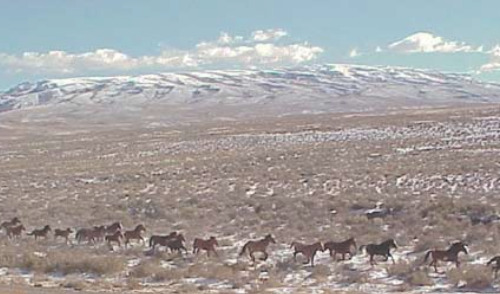 After controversial move out west, BLM to relocate main operations back to the nation’s capital.

The Bureau of Land Management (BLM) is a subagency of the Department of the Interior (DOI) tasked with managing 245 million acres of public land. This includes regulating energy interests of the environment, such as fossil fuel extraction and areas for wind turbines. The Trump administration moved the BLM headquarters from Washington, DC to Grand Junction, CO in 2019, reasoning it made sense because 99% of public land is on the western half of the country. Critics argued the move was a ploy to disrupt the agency’s leadership, and the transition did cause some relative chaos at BLM’s main office. When the dust settled, 41 employees actually moved from DC to the new HQ in Colorado, meaning 287 out of 328 positions (87.5%) were left vacant as employees chose to retire or quit. However, it is worth noting that just 177 of these positions were regularly filled, even when the agency’s main base was to stay in DC. Also, the subagency employs over 10,000 workers, the majority of which work “in the field.”

The Move Back East

The new DOI Secretary Deb Haaland, who was picked by the Biden Administration, visited the Colorado facility in July. During her visit, she learned just 3 employees who moved from DC remained there and that there were 80 job vacancies. Two months later, the DOI  announced that 50 senior jobs will be transitioning from five western states (Utah, Arizona, Nevada, Colorado, and New Mexico) to the DC office, and also that the DC location will be reverted back to the main HQ for BLM. The Grand Junction office will keep functioning, though, as a “western anchor” for the agency.

Republicans in Congress have called the reversal back East a “bad move for taxpayers” as the move out west is now completed and it already cost the Government $20 million. The cost of the transition back to DC has not been disclosed by the DOI, which is another item agitating GOP members in the House Appropriations Committee. Haaland responded about cost, saying the agency is able to “shift money around” within its budget to cover the expenses. Representative Doug Lamborn of Colorado, along with 18 other republicans, plan to block the move, which is what Democrat lawmakers tried to do when the first move was proposed in 2018.

The Republican Senator from Wyoming, a state home to nearly a quarter of the nation’s public land, has argued that BLM’s headquarters “belongs in the west.” Even Democratic Senator Michael Bennet of Colorado doesn’t want the HQ to leave his state, claiming it is a “huge benefit to the American people” if their government is closer to public lands. And the other Democratic Senator from Colorado, John Hickenlooper, wanted there to be at least two BLM “headquarters” – one in DC and the other in Grand Junction. Despite this opposition, Haaland insists her “primary concern is to restore the effectiveness of BLM’s operations.”