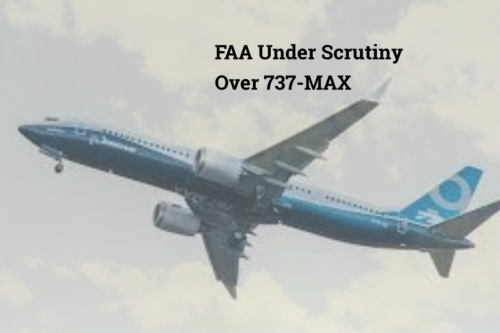 Last week, in a combined effort with the Federal Aviation Administration (FAA) and the US National Transportation Safety Board (NTSB), president Trump grounded all 74  Boeing 737 MAX airplane models that are registered in the US. Several reporters and investigators have traced the roots of the emergency order back to a 2015 decision by the FAA to delegate the conduction of safety protocols to Boeing itself. While off the bat this may seem like a circumspect practice,  the partnership between FAA and Boeing regularly operates in this manner. In this case, however, there appears to have been faulty analysis revolving around the safety of the airplane’s flight control system: the Maneuvering Characteristics Augmentation System, or MCAS. The MAX 8 and MAX 9 planes first flew in January 2016 and were being used for commercial flights 16 months later. Then, on October 29th of last year, an Indonesian flight crashed into the Java Sea. Reports arose afterward, like in a November article from the Wall Street Journal, that Boeing had withheld information on reports meant to evaluate the safety of the 737 MAX models, which implied Boeing bore some responsibility for the incident. The second plane to go down and kill all on board,  this time occurring in Ethiopia, triggered several countries to prohibit the Boeing 737 MAX-8 & MAX-9 planes from flying.  As of the morning of March 18th, more than a week after the crash, both prosecutors with the Department of Justice and officials from the Department of Transportation are conducting investigations into the safety analysis produced by Boeing back in 2015.