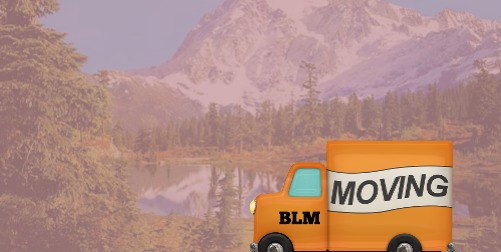 BLM, which is a subagency of the Department of the Interior (DOI), announced in 2018 that their HQ would relocate to the west. The idea is that because 99% of public land is west of the Mississippi, the agency overseeing the use and protection of public land should be closer to, if not surrounded by, the vast majority of it. Similarly, the USDA moved two of their subagencies to Kansas City, MO to be closer to the country’s agricultural heartland.

The 99% of public land referenced above reflects the portion of surface area that is considered the public’s land; approximately 245 million acres. However, BLM also manages 700 million acres of subsurface mineral estate. The agency originated from land ordinances of the late 18th century and operated as the General Land Office from 1812-1946, which is when the old office merged with the US Grazing Service under the DOI to officially form what is still known today as the BLM.

While employing more than 8,900 workers in 2018, the transition between the new and old headquarters will only bring 40 positions to the new Grand Junction building (and that’s up from a preliminary plan that included just 27 jobs). Most of the subagency’s jobs (about 97%) are “in the field” across the country anyway.  In addition, of the 323 BLM job openings that were based in DC, only 177 were regularly filled. 61 of those positions will remain in the same general area of DC/MD/VA while the remaining 116 had until December 12, 2019, to decide about remaining on the East Coast or moving out west.

Federal workers impacted by the subagency’s transplantation were offered early retirement incentives such as access to the Voluntary Early Retirement Authority and Voluntary Separation Incentive Payments. For those Feds that wanted to stay in the area and keep working for the Government, they were given early consideration for new DOI positions by being able to apply five days before they were posted online. Around 21 positions at BLM locations in nearby DC, Maryland, and Virginia offices are currently vacant. Additionally, the employees negatively affected by the relocation can receive help like career counseling and resumé-writing lessons, provided by the DOI.