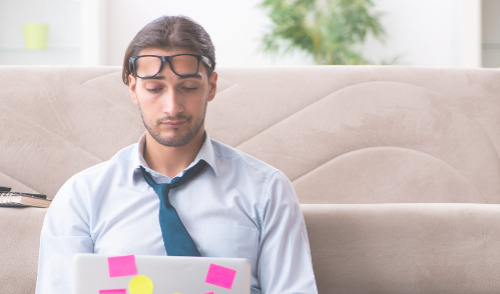 Part of the Treasury Department, the BFS announced to its workers that a remote work pilot program will not be pursued at the agency. The Bureau also informed employees, who have been working remotely since the pandemic hit in March 2020,  that they were expected to start coming into the office in September. Management at the BFS said they would allow “maximum telework flexibilities wherever possible,” which sounds relatively vague.  After “additional flexibilities” will be in place for the first thirty days. employees will have to spend 2 workdays onsite per pay period.

The NTEU was in talks with the US Treasury sub-agency over starting a remote work pilot program. Both the union and BFS employees expected the program to start by July 5th, but the NTEU says the agency “snatched it” off the negotiating table. In response to the halted talks, the union filed a formal complaint against the BFS for unfair labor practices. At face-value, spending 2 out 10 days in the office might not seem too burdensome, but a pilot program would’ve let employees, who have been 100% teleworking since 2020, to continue fully remote. As well, NTEU leaders argue there is no evidence that either the proposed program would be “counterproductive to the mission and good of the agency,” or that imposing commutes on the workforce would be productive.

Telework in the Federal Government

As far back as the 1990s, the NTEU has advocated for telework. After OPM and the GSA started telework programs, the union worked out a remote agreement for IRS employees in 1996. And despite the name, the NTEU represents workers for agencies other than the Treasury Department, and before COVID-19 struck, successfully fought for teleworking at the US PTO (Patent and Trademark Office). Currently at the PTO, 85% of trademark attorneys work remotely for at least some portion of the workweek.

Several prominent federal agencies have had similar remote work programs as the one NTEU tried to bargain for with BFS management. Just to name a few, NASA, HHS, and DOT have seen positive results from implementing such pilot programs. The president of the NTEU, Tony Reardon, has assured workers at the BFS who have “approved telework arrangements” that they can continue under those agreements indefinitely. Reardon has been a proponent of remote work since the pandemic, noting telework “saved lives,” but has been also admitted that the shift to remote work full-time has met significant “management resistance.”

Was Your Federal Agency’s Network Recently Infiltrated by Hackers?

Chris Magnus Resigns from Position as Head of CBP