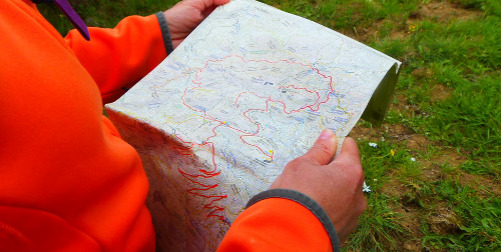 Take a look at next year’s probable pay increase of 2.2% for federal employees and military personnel, including a detailed glance at locality pay.

Although not officially announced, all indicators have been pointing towards 2.7% federal pay raise for 2022. This figure comes from the President, who proposed a 2.2% “across-the-board” salary increase in his proposed budget for fiscal year 2022. Congress needs to pass a budgetary measure, or a full spending bill, by December 3rd to prevent a government shutdown. Whether or not the raise for federal workers is included in either a bill or stop-gap measure before the year’s end doesn’t mean much as the President can decree the salary hike via an executive order, which is how 2021’s 1% increase took effect.

So, if every federal employee can expect at least 2.2% next year, where does the 0.5% figure come from regarding locality pay?

While the “across-the-board” raises operate according to firmly established laws, the rules affecting locality pay were decided by the Federal Salary Council in 1994, and naturally, its complicated. The common misconception is that locality pay is tied to the designated area’s average annual inflation, but instead data from the ‘National Compensation Survey’ is utilized. Conducted by Bureau of Labor Statistics, the survey compares annual income for private sector jobs with federal pay for occupations with similar duties in the same locality.

The 0.5% pay increase is actually an average. Federal workers can expect around 0.5% to be added to the 2.2% raise that all feds will most likely experience in 2022. This is an average for all feds working in the US, because even those not employed in one of the 53 designated localities, they still receive a locality adjustment known as RUS for “rest of US.” It is the lowest of all the localities, but still means all federal workers will get more than the “across-the-board” pay.

The chart below illustrates how locality pay for federal employees behaves. The base pay shown is the wage paid to the lowest tier of the pay scale, a GS-Step 1 position. Column A shows the 2021 base pay in four localities:  San Francisco, CA (the highest locality rate of 2021, includes Oakland and other surrounding areas), Washington, DC (the federal government’s central location, locality includes Baltimore, MD, Arlington, VA, and other surrounding areas), Birmingham, AL (the second lowest locality rate of 2021, includes Talladega and other surrounding areas), and the catch-all “Rest of US” rate (the lowest rate, which was 15.95% – the same as the locality of Des Moines, IA). In column C, you’ll see the base salary with next year’s 2.2% across-the-board raise. Then column D contains an estimate for 2022’s salary, having added the 2.7% raise that includes the average locality pay adjustment. Then there’s another estimate in column E, showing the base pay for 2022 with the expected 2.2% raise plus 2021’s locality rate. Now, it is important to remember that these rates change annually, and the new rates are expected to be released before the end of December. But, by applying the current rates, it provides further insight on what feds can expect for next year’s salary. Column E signifies the low end of the range of take-home pay for a GS-Step 1 employee in 2022 in a few select localities. Column D therefore represents the high end of the spectrum. Should the 2.2% base pay increase stand, a GS-Step 1 employee will get paid at least the amount listed in column C next year. To explore other positions in the pay scale, along with other localities, check out this resource.

** These are hypothetical examples for illustration purpose only.  Actual results will vary.

Latest from the US Army: On the Frontlines of Cyber-Warfare