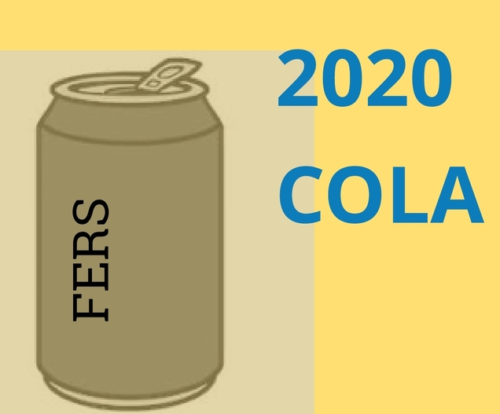 The Consumer Price Index for Urban Wage Earners and Clerical Workers (or CPI-W for short) is a metric provided by the Bureau of Labor Statistics that is used to gauge inflation. The economic force known as inflation occurs when prices rise for everyday items in a variety of marketplaces. Professionals familiar with the landscape of retirement saw early on that inflation was a very real economic threat to the wellbeing and lifestyles of retirees relying on pensions or social security. And so now we have Cost-of-Living Adjustments (or COLAs.) A COLA is based on the CPI-W and every year, for Social Security recipients and Federal retirees receiving a FERS or CSRS annuity, it could mean a boost in income. The worst-case scenario, outside of the apocalyptic, is when a low CPI-W number equates to no COLA whatsoever; 0%. This happened last in 2016.

The COLA for 2020 was announced officially on October 10th and because it is less than 2%, both those receiving their Social Security and those receiving FERS (or CSRS) pensions will all receive the same adjustment. For 2020, that figure is 1.6%. In other years, when that number is between 2% and 3% like in 2019, FERS annuitants will get less of an increase than their CSRS counterparts. This has spawned a groan-worthy joke at your local benefits training sessions: “Diet COLA.” If the adjustment is more than 2% and less than 3%, FERS retirees get a flat 2%. (Flat COLA is a better joke, in my opinion.) CSRS retirees receive the full COLA in such situations, which in 2019 was 2.8%.